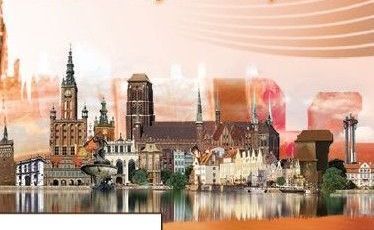 In February 2011 a special discount card for families with numerous children was introduced in Gdansk. Families with 3 children or more can travel on the city’s public transport free of charge. The action is one element of local government support for families with many children.

One of the problems Poland faces today is demographic decline. Young couples face difficulties meeting the growing cost of fuel, food and accommodation, which does not encourage them to have many children. City authorities are trying to promote and show the advantages of having a greater number of children, by introducing measures that support large families. One such measure is the offer of free public transportation to large families in the town where they live.

Large family cards were first introduced in France in 1921. The first family cards in Poland were implemented in Wroclaw in 2005. Gdansk is the sixth town in Poland to initiate such a project. It has been estimated there are around 4,000 families with 3 or more children in Gdansk. Families must apply for a card, which is issued for one year but can be extended on a yearly basis. Those eligible to use the cards include children under 18 years of age and young persons up to 26 years of age in education.
The city has signed many agreements with institutions such as theatres and museums to arrange special discounts for card holders. An extra offer is a free entry to the city zoo on Saturdays.

The Large Family Card has been enthusiastically welcomed in Gdansk. The response from large families has been very high. In the first month of implementation, 1,700 adults with 2,500 children applied. Another 1,500 applications were received in the following month, making the overall number of cards issued higher than expected.
It is difficult to tell whether the card project plays an important part in encouraging couples to have large families, but the fact that it has been so popular is a good sign. The initative demonstrates that the government is not ignoring the problem of population decline. Its advantages can only be an inspiration for other towns in Poland and Europe.