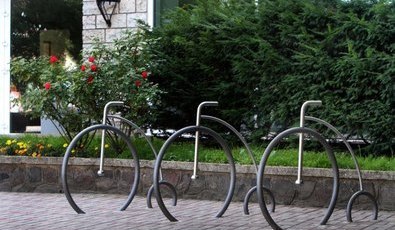 The city of Liepaja has set up goals and started a large scale improvement programme for the cycle network for the next 12 years. The network aims to improve the conditions for bicycle commuting and leisure biking, and improve the accessibility of public transport and services in the city.

Liepaja is the third largest city in Latvia with 81,141 inhabitants. In recent years, the number of daily bicycle users has increased, as well as the number of bicycle tourists. To satisfy the growing need for better biking facilities and infrastructure, the city has started a large scale improvement programme for the cycle network. The opportunities for developing the cycle route network for the next twelve years have been included in the territory plan.

The idea of the network is to provide citizens and tourists better accessibility to attractions, recreational places and services in the city.

The development of the cycle network is a long term step by step process in Liepaja. The city had to start it from scratch as prior to 2009, bike routes hardly existed in Liepaja. The ambitious development project of the cycle route infrastructure began with the implementation of the project “Cycle route construction in Liepaja” in 2009-2011 partly funded by the ERDF. As part of this, 7.6 kilometres of new cycle route was built. The new route was connected to the existing stretches of cycle routes, creating a continuous route of 11.9 kilometres running through the whole city. The implementation costs of the project were approximately 453,000 Euro.

It was seen as important to connect the route to several tourist attractions and services such as public transport stops, parking lots, accommodation and dining places, making the city centre easily accessible by bike.

Liepaja was the first municipality in Latvia where the bikeways were evaluated and recognised as bicycle friendly according to the criteria established by the Latvian Cyclists’ Union.

The development of the bicycle network requires an integrated and long term approach. The mere establishment of the cycle network infrastructure is not enough. To make Liepaja a bicycle friendly city, apart from building bikeways, the municipality has installed specially designed bicycle stands in 28 places around the city and more will follow. The costs for the bicycle stands were 14,000 Euro. In addition, the municipality has established bicycle police patrols to secure safety on the bikeways. Special pictography on the lanes shows the required direction of movement and attention has been paid to safety of both cyclists and pedestrians.

Liepaja has just recently started the active development of the bicycle network but is determined to become a bicycle friendly city. Currently, development of cycle routes continues in the framework of eight street infrastructure projects and by the year 2014, the overall length of them will reach 33 kilometres. The ambitious aim is to reach the target of 50 km of bike route by the year 2020.