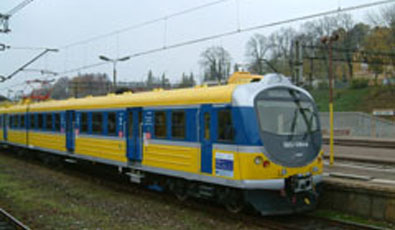 Quality of rolling stock has been influenced by the public image of transport and the attractiveness of its offer. Polish railway stock does not enjoy a positive reputation. Due to finances, purchasing new rolling stock is not possible, therefore it was decided to make a thorough modernization.

The basic rolling stock of Szybka Kolej Miejska (Fast City Train) in Trojmiasto are EN57 and EN71, whose construction is based on guidelines from 50’s of XX century. They were produced until 1993 and it is thought that it is the longest-term produced rail vehicle in the World. The vehicles offer poor standard fir the passenger journey; they are noisy, have leaky windows and are called ‘a loo’ by passengers (due to a toilet smell throughout the whole train).