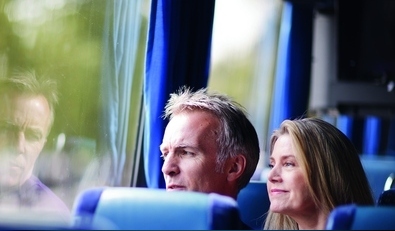 A bundle of mobility management (MM) measures has been successfully implemented by the Helsinki Regional Transport Authority. The program was the first attempt to introduce MM at region level in Finland.

Helsinki Regional Transport (HRT) is the authority of public transport in the Helsinki region. Mobility management (MM) is seen as an integrative part of their work and a program was started in 2010 to implement MM that includes a range of services and products for different target groups. These target groups are employers, new residents, schools, nurseries and other public services such as hospitals. All the measures are targeting to raise the share of sustainable modes of travel in the municipalities of HRT.

The main objectives were:

The program was the first attempt to introduce MM at region level in Finland and can be used as a good example for other regions. The most important result was to create a process of co-operation with companies and employers with the aim to promote the MM services available to them.

During the project dozens of companies were visited and a range of MM services were discussed and offered. Different types of MM measures were offered so that the companies could choose the most suitable measures for them. Among the services for employees the following is offered:

In addition, city wide measures were introduced including:

The co-operation between HRT and target groups has been a big success, affecting thousands of people. Also interactive planning has increased especially using social media. The amount of people using public transport at HRT area has increased during the project but it is difficult to say how big the effect of the MM measures have had on this change.

Co-operating with the companies has challenges: There has to be a large variety of measures offered so that companies can select the most appropriate ones for them, often starting with only a few measures (small steps) and adding more over time.