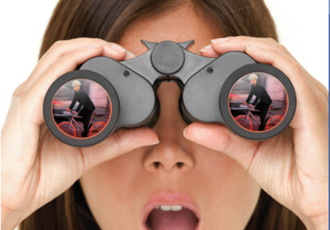 In the framework of the SEGMENT project, special target groups were determined. The segment of the so-called car contemplators" consider buying a car and the campaign in Gdynia aimed to encourage this group to remain in their current travel behaviour and not get a car.

The aim of the campaigns was thus to make car contemplators feel good about themselves that they walk, cycle or use public transport, showing at the same time that car is no longer a measure and a symbol of success.

As part of SEGMENT, Gdynia undertook a survey of travel behaviour of car contemplators from the segments of ‘new employees’ and ‘new school pupils’, travelling to/from work and to/from school on the way to/from work, and their attitudes to different modes of transport.

Survey results allowed for identification of common characteristics of car contemplators: they work full time, use public transport a lot and like it (but mainly because they have no alternative), don’t have driving licence, but have a great desire to have it, perceive car as a symbol of success, do not see themselves cycling but walking is an option, would like to travel more often by car than they do now and declare no interest in environmental issues. This information allowed for the creation of campaigns directed specifically for them, aiming to make them feel happy about themselves when not using a car, to show that cars should not be perceived as a status symbol and that public transport also gives independence.

The campaigns for car contemplators included:

2. For ‘new school pupils’:
The campaign included rewarding parents from 6 schools from ‘Walk once a week’ campaign, using PT when they travel to work after walking children to school, with special gifts (flower, biscuit, something sweet once a week and a coupon to a café). This was held every week from May to June and in September 2012.

The campaign for car contemplators carried out in Gdynia has been very well received by the participants. Parents walking children to school and new employees who received coupons to a cafe felt awarded, and the prize for using public transport in everyday trips to work turned out to be a very nice suprise for them. The project led them to realise that their transport behaviour is an example of good and worthy imitable practice and that they should not feel worse than car users because of using public transport.

Interviews carried out with the participants of the campaign revealed that despite of a sceptical approach at the beginning of campaign, they changed attitudes and became more interested.

Detailed results on MaxEva
There was no separate evaluation of these campaign add-ons. About 14% of the two target groups were "car contemplators" - about 280 persons. These add-on campaigns were part of other campaigns and these were analysed in detail through the MaxEva tool: