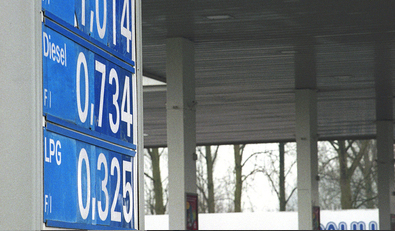 In order to increase the number of clean vehicles in the Lombardy region, a number of economic incentives have been implemented under the project BIOGASMAX (EU co-financed project). Financial incentives have also been offered to Lombardy citizens to purchase NG (natural gas, other than LPG) vehicles. This resulted in an exponential increase in NG vehicles in 2009 (around 60,000 new NG vehicles).

Pollution and dependency on oil, especially in relation to cars, have a crucial influence on the thinking about new individual mobility systems. It is very difficult to find the right balance of restrictions and improvements. Therefore the region of Lombardy has pursued several strategies towards clean fuels and bio-gas/ bio-methane, starting with incentivising and promoting bio-gas production from a legal (regional) point of view. Over the past 10 years, the Lombardy Region has significantly developed its distribution network bringing natural gas from the original 26 to the current 127 system, which places it in 2nd place in Italy, after Emilia Romagna. The advantage of such initiatives is considerable. Methane is among the fuels available and is certainly one of those with higher environmental performance (PM10 almost zero and significant reduction of CO2). Another advantage is the fact that methane has a much lower price at the pump compared to conventional fuels.

Citizens of the Lombardy region receive a grant when buying a new natural gas vehicle, if they simultaneously scrap their old car and are below a certain maximum household income. It is also possible to obtain a grant to convert a second-hand vehicle to run on natural gas. These incentives have resulted in the introduction of thousands of new green cars to the region (from 22,000 vehicles in 2003 to 27,300 in 2009, within a total of 8,250,000 units).
The incentives comprised the following grants: -

Significant effort was devoted to increasing the distribution network through direct grants to fuel pump owners. This has been linked to the inclusion of NG within their products (total funding of six million Euros was distributed for 25 new and upgraded fuel pumps in 2009 alone). There were some problems in distribution: The cost of equipment for gas distribution (of the order of 300/350.000 euros>per plant), the poor supply of natural gas vehicles on the market, the small size of the fleet resulting in very low volumes delivered and also the time to construct plants on average (the legislation on safety limits places more attention on this product).

ACHIEVEMENTS:
• Increased market share of CNG cars (of up to 150,000 NGVs by the end of 2010)
• Economic and regulatory tools launched by the regional authority for expanding the distribution network (148 filling stations are expected to be in place by 2011)
• Transfer of knowledge on bio-methane amongst private investors through dedicated training sessions

The Lombardy region has demonstrated that a region can strongly support natural gas market expansion, through actions such as regulatory instrument policy, strategy and incentives. Through regional co-financing amounting to 350,000 euros per plant, it was possible to finance 43 operations. For the moment, the Lombardy region is identifying potential case studies for a bio-methane production plant through discussions with investors and the professionals involved in the field and from within the regional territory.
The Lombardy strategy for the future includes:
• Giving continuous support in developing the NG distribution network, with particular focus on motorways;
• Sustaining and supporting the Italian Government in solving bureaucratic and administrative barriers in the field;
• Experimenting with innovative forms of distribution, in particular where problems for pipeline and NG network connection exist, (with particular focus on bio-gas based solutions);
• Incentivising and growing the demand, with an objective of reaching 500,000 NG+LPG vehicles in Lombardy by 2012; and
• Increasing cooperation between other Italian and European Regions in the short term to develop a homogeneous area of “low impact” in Europe.
Development plans at EU level conclude that natural gas represents a very attractive green fuel, available in reasonably high quantities and with real production capacities. European directives and best practice indicate that the bio-origin of natural gas, namely BIO-METHANE and BIO-GAS, represent very promising low environmental impact fuel sources in the medium term.