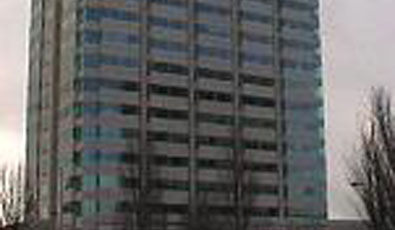 To reduce the modal split share of car users among travellers to the Lloyd District, a Partnership Plan was developed.It contains as main features an improved public transport service and parking space management.

The Lloyd District is located just east of Portland's Central Business District in the heart of the city.
The area comprises 275 acres and currently employs just over 21,000 employees (2005). Approximately 650 business and 1,000 residential units are located within the Lloyd District boundaries. Up until 1990, the construction of parking wasn't subject to any regulation. Commercial real-estate development space was bountiful and parking was free of charge for car users within the district. In addition the area was not well served by public transport which led to a mode-split of less than 10 % in favour of public transport.
The forecasts on employment growth undertaken in the mid-1990's predicted a doubling of growth in the coming years and, consequently, a severe increase in the levels of traffic congestion. This led to the conviction that the district's mobility patterns should have to be more effectively managed.
In 1994 the Llyod District Partnership Plan with the city of Portland, the landowners and the TriMet (regional public transport company) was established with the following main goals: Enhance the Lloyd District commuters’ mode-split share of public transport users from 10 % (1994) to 42 % (2015). Reduce the Lloyd District commuters’ mode-split share of drive-alone car users from 72% (1994) to 33% (2005).

The Lloyd District Partnership Plan is a programme with several measures.
The key points are:

The case study has been selected by the MAX project as example of existing policies which encourage the integration of land use with transport planning to promote more sustainable transport patterns. (WP D - C2)