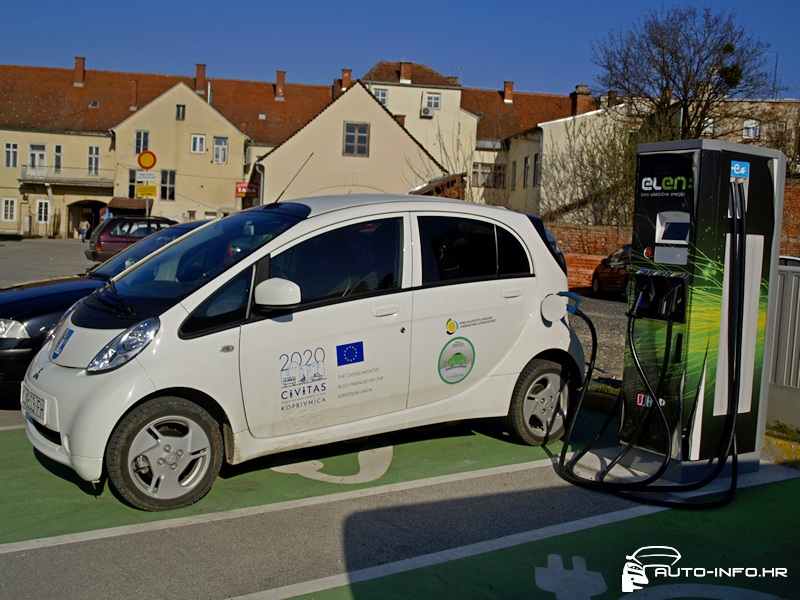 Realised thanks to the combined support of an EU-funded urban mobility project and finances from a Croatian national fund and electromobility programme, Koprivnica has emerged as a national pioneer in the development of infrastructure for clean and energy-efficient vehicles.

Koprivnica is a city of 31 000 people in the north-west of Croatia. Although known as the country’s cycling city, Koprivnica is also an educational, cultural and industrial centre of regional importance.

Active sustainable mobility policies of the city resulted in a high percentage of cyclists and pedestrians in the city centre.  As a demonstration city in CIVITAS DYN@MO, an urban mobility project co-funded by the EU, Koprivnica is currently developing a Sustainable Urban Mobility Plan (Croatia’s first) and the first public transport scheme largely based on electric buses.

The project to create Koprivnica’s new electromobility network started in 2013 and was realised thanks to finances from Croatia’s Environmental Protection and Energy Efficiency Fund (EPEEF) and national electricity provider HEP’s electro mobility programme, ELEN. While the EPEEF co-financed the purchase of electric vehicles to one-third of their value, and the CIVITAS DYN@MO project provided another one-third of the financing of innovative features of the vehicles, the remaining one-third came from the city budget.

Five electric vehicle (EV) charging stations were installed by  ELEN at locations spread around the city in order to make charging as convenient as possible, costing € 200 000. The locations include the grounds of the municipal authority and municipal companies, as well as an important local company and the local HEP outlet. To help ‘green’ its municipal fleet, Koprivnica purchased one hybrid, one plug-in hybrid and five full EVs costing € 186 000.

The new car-sharing system, which cost € 14 000 – a combination of funds from CIVITAS DYN@MO, EPFEEF and the city of Koprivnica -  will be used by 200 employees from the city administration, municipal enterprises and institutions. The system comprises a webpage, which is currently being developed, while in the initial phase each company collected the first data by a dedicated staff member, who also organised the use of cars. This scheme involves the new electric and hybrid vehicles but also cars owned by civil servants. It aims to make the overall use of cars more cost-efficient. By implementing the car-sharing scheme the overall number of vehicles owned by public authority and municipal companies is expected to be reduced. Moreover, the older cars in the city’s fleet will gradually be replaced by cleaner and more efficient vehicles.

The car-sharing system including all cars in the town fleet is being tested by its in July/ August 2015. The number of electric cars will be expected to double after the testing period of various e-cars by a company in Koprivnica. The car-sharing system will be fully functional from September 2015.

The most important achievements to date are:

‘Even though it has been only six months since we implemented the project we can see the favourable trend of operational costs decreasing. Although it is too early to draw any conclusions based on that, the results are promising,’ said Nebojša Kalanj from the CIVITAS DYN@MO project.

Kalanj said that the costs of servicing and maintenance are decreasing. This is because the engines and parts, as they don't use petrol or oil, don't corrode.

Breaking new ground in the development of electromobility in Croatia was challenging. The choice of vehicles in the market was small and local legislation had to be adapted. For example, the electric company was allowed to use the municipal land tax-free. Despite these challenges the initiative has been a success.

According to Kalanj, there are three important considerations for cities that want to implement a similar network. ‘First of all, work in partnership with local stakeholders from the very beginning and establish common needs and goals for co-operation. Not just for this but for connecting issues as well,’ he said.

‘Second, make sure citizens know their opinions are wanted and really count. Show them that participating results directly in personal benefits. And, third, connect to other cities in your region and encourage them to join the network. This will enable your e-car users to travel further,’ Kalanj added.

The synergy with the national environmental fund and the national energy provider, who were keen to implement electromobility solutions, proved beneficial for all parties. For the city the initial costs were considerably lower due to the external financial contribution.

The national environmental fund paid for charging systems, and additional funds were also provided by the CIVITAS DYN@MO project.  In return, these partners were provided the opportunity to test new solutions and contribute to reaching their own goals in implementing innovative technologies.

The monitoring and evaluation will provide valuable data for these partners and future users. The system is highly transferable and is being promoted regionally through the CIVINET Slovenia-Croatia city network

Misel Jaksic, Koprivnica’s deputy mayor, said that the city is encouraging private companies to follow its example and expect the number of e-cars to double in the following year. This encouraging is done by partly or completely funding this system for local public companies by the local government.