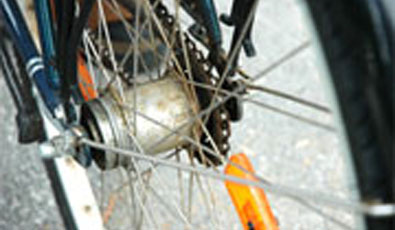 Klaipeda, the largest port city in Lithuania, is working to make cycling easier for citizens and tourists through the Baltic Sea Cycling project, “Bicycles Making Urban Areas Attractive and Sustainable”.

It's citizens and tourists enjoy using their bicycles for recreational purposes but see a lack of safe bicycle parking facilities, signs, maps and tourist promotion as barriers to greater adoption of bicycle transportation.

In hopes of promoting their city as bicycle friendly, Klaipeda started a project to develop bicycle stands and other supportive informational means to serve cyclists.

The project was carried out by the Klaipeda City Municipality with the involvement of several other departments including the Department of Urban Planning, Department of Tourism and International Relations, Tourism and Culture Information centre, and the Lithuanian Cyclists Community.

The project involved several actions: identifying the most attractive places and cycle routes in the city, updating and publishing a cycle map of the city, choosing the best locations for bicycle stands, and installing bicycle stands at chosen locations.

Some possible problems concern the integration of cycling as a part of urban traffic. At the moment there are no predefined solutions for solving such problems and exceeding obstacles. However, the bicycle is an alternative transportation mode that is more efficient, sustainable and environmentally friendly than motorised vehicles. Towns and cities become less at tractive and at the same time our health and social well being are being affected negatively.

The project has lead to the creation of a network of bicycle stands (47 total, 3 bicycle per stand) and the publishing of 10,000 copies of a city cycling map and 14,000 copies of a regional cycling map- creating an enhanced information source that includes cycle routes and tourist information. Through these actions the city of Klaipeda ensures safer and more knowledgeable routes through the city and provides high quality accessible bike stands.

As of 2008, the project has been completed and shelved. Complete information on the project and its results can be found on http://www.balticseacycling.com.