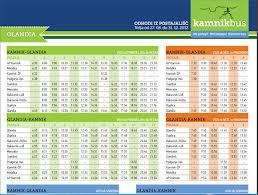 Most people, both residents and tourists of the Kamnik Municipality, use private vehicles for visiting tourist attractions and travelling around the municipality. A new shuttle bus was established which ran through the municipality connecting tourist spots with the most populated areas and tourist accommodation. The purpose of the measure was to increase safety, to reduce the amount of traffic (reduction of traffic jams and easy access to tourist attractions) and consequently to achieve a reduction in energy consumption and CO2.

Before approving the measure, the municipal council consulted with the stakeholders involved in the implementation of the project and negotiated the co-financing for ticket prices with the public transport provider. There were no particular obstacles or problems encountered during the preparation and implementation of the measure and the project became part of the development program in the county.>It was financed from the municipal budget and the total cost for the preparation and implementation was around €40,000.

At the time of writing, the measure was yet to be evaluated. The preparation and implementation of such a measure is certainly positive in the long run in terms of changes in attitudes and culture of the people and of course the benefit to the environment. These measures have the ability to increase the quality of life in the local environment. The successful implementation of the measure depends mainly on the support of individuals (local community), also on the support of municipality leaders and cooperation of different stakeholders. Further development will depend largely on the success of the first year. The route will then be adjusted according to the response of people and needs (the route could be changed and also the frequency of shuttles). If the action is successful, the municipality will purchase gas or electric powered vehicles.

This best practice study was collected as part of the starter project - http://www.starter-project.eu/.