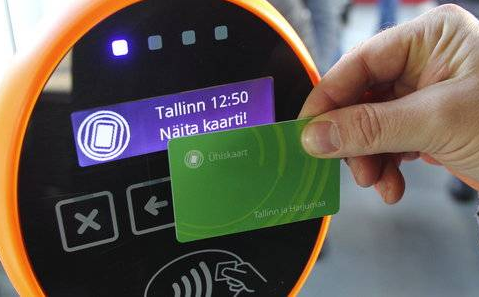 On 1 January 2013 Tallinn introduced free public transport for its registered citizens as part of a range of measures aimed at increasing the usage of public transport and improving the overall living environment in the city.

Almost two years later, city officials have branded it a success. The number of people using public transport has increased, the amount of cars in the city centre has fallen and early fears of an overloaded transport network have not materialised.

Tallinn is the capital of Estonia and is located in the north-eastern part of the Baltic Sea region, on the coast of the Gulf of Finland. Over the years, Tallinn has developed into a port city and a centre of industry and commerce.

Tallinn is also in the process of a Sustainable Urban Mobility Plan (SUMP). All the strategic development issues and investment plans are currently covered with the Tallinn 2030 strategy, the Tallinn Development Plan 2014-2020 and the city’s budget strategy.

Before introducing free public transport, Tallinn decided to involve citizens in the decision-making; in March 2012 it held a referendum for people to vote for or against the measures.

Residents could vote at 40 points across the city, at which they were asked: ‘Do you support free public transport as of 1 January 2013 on the public transport lines in Tallinn?’ Around 68 000 citizens participated in the referendum – 20 per cent of eligible voters.  Just over three-quarters (75.5 per cent) voted in favour of free public transport, thus locking the decision politically and ensuring it was something that could not be reversed easily.

The introduction of free public transport – which free use of buses, trams, trolley buses and commuter trains travelling within the administrative borders of the city - was communicated widely across the city on a variety of media. News was published on the municipal website, local newspapers and television ran related stories, and city representatives took part in local radio interviews.

Tallinn says that free public transport for citizens has encouraged people to register their true place of residence, and this has helped increase the city’s tax receipts. On 1 January 2012 there were 416 144 registered citizens in Tallinn; two years later that figure has risen to over 430 000.

The city estimates that every 1 000 new registered inhabitants generate € 1m in additional revenue from personal income tax to the city budget. However, the annual loss in ticket revenue resulting from the city’s free public transport measure is € 12m, which now must be covered by subsidy.

City officials believe that, with the increase in passenger numbers, free public transport has had a positive effect. Although in-depth statistics are not available at the moment, Tallinn has plans to perform a thorough analysis to see the effect this has had on the modal split of the city.

When the measure was announced it raised suspicion about increased security threats, more homeless people spending their time in public transport and, most of all, network overload. However, none of this has happened. In fact, according to a customer satisfaction survey carried out in November 2013, people in Tallinn feel that the level of service quality is increasing.

There is, however, one negative effect. Mobility experts in Tallinn say that people who walked short distances are now taking public transport instead. Promisingly, as suspected earlier, a slump in cycling has not been detected.

Although the use of public transport in the city has risen six per cent, (partly due to many pre-existing transport discounts), Tallinn is keen to emphasise that other cities considering similar measures must take into account sharp increases of passengers in public transport. In this case, it is necessary to accompany the measure with additional fleets and drivers; Tallinn was forced to increase its volume by about 10 per cent.

Tallinn says that it will be able to sustain free public transport over the long term. It also believes it is important to continuously invest in its public transport; the city purchases new fleets every year, most recently in 2013 with the arrival of 50 new buses.