Implementation of environmental zones in Odense/Denmark 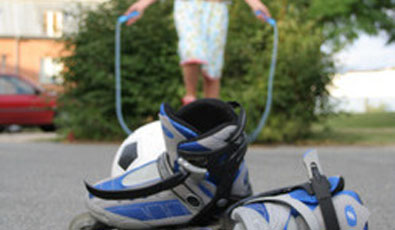 To increase the health and the quality of life for both residents, workers and visitors in Odense City we want to draw up a strategy for alternative environmental zone. The public road space can be used for many other things than traffic. By reducing the impact of motor vehicles the public road can be used for social interaction.

The environmental zones for residential areas are the first of their kind in Denmark. Innovative aspects of designing and implementing the zones include: Involvement of the public in improvement of environmental quality. The public has given inputs to the size of the zone, the targets and the legal rules. The process has resulted in an increase in local identity and local civic pride and an increase in social interaction and interdependence between residents.

Civitas will contribute to the difference between standard solutions and environmentally friendly solutions by giving a broader public debate on the environmental issues at stake and to promote the importance of establishment of environmental zones beyond the the city centre.


Objectives
- To draw up a strategy for environmental zones for all housing areas in Odense Municipality
"-To establish environmental zones for Odense City Centre within ring road 1 and for 2 selected housing areas in Odense Municipality"
"-To demonstrate and document that environmental zones can improve the quality of health and life for both residents, workers and visitors to Odense city centre as well as for residents and visitors to housing areas."
"-To increase the quality of life for city centre residents and users."
"-To reduce the impact of motor vehicles on residential environments by introducing measures to limit/restrict/change vehicle access, speed road space, road geometry and noise."
"-To increase traffic safety and feeling of security in residential areas."
"-To catalyse social processes to increase the use of public road space for social interaction."
"-To execute necessary marketing campaigns and negotiations for change with involved stakeholders to forward success for quite different types of environmental zones.

Innovations
"-Involvement of the public in improvement of environmental quality. The public has given inputs to the size of the zone, the targets and the legal rules, which have been set up."
"-Better understanding of how different environmental zone types contribute to improving the urban environment (“Scientific value”)"
"-Physical and psychological improvement of the environment (“Demonstration value”). Questionnaires has been sent out to map the change in peoples well being."
"-Through demonstration of processes for environmental improvement (“Political value”). The innovative part is that an overall understanding of the quality of life for citizens has not been an integrated part of local traffic policy in Odense before this."
"-As best practice example - extension of environmental zone concept (“Trans-national value”)"

Present status and ongoing developments
Odense regards the idea of environmental zones as a subject for a city-wide policy for improvement of the environment and enhancement of the quality of life of the citizens who have a vested interest in that these qualities apply where they live, work and shop. As a beginning, this measure will, therefore, operate with both a city centre zone and 2 different types of residential zones. The experiences gained through this CIVITAS initiative in MOBILIS are expected to contribute to the pool of knowledge
necessary to extend the environmental zone concept even further in the future. Behind this idea is Odense City Council’s commitment to and success with road safety, safe routes to school (approx 80% of school children either walk or cycle to school), cycling strategy and consequent improvement of the city environment. Furthermore, a market survey in 2003 demonstrated that 97% of Odense’s population would accept a speed limit as low as 30 km/h in residential areas.

City environmental zone:
Environmental zones have traditionally been established through the use of special regulations and restrictions. Public awareness about the quality of life in cities has resulted in often dramatic changes in the physical fabric of city centres - pedestrian streets, cycle lanes, access restrictions, parking
restrictions, exhaust filters, etc. Odense is no exception and execution of further necessary improvements of the city centre environment for pedestrians and cyclists - reduction of barrier-effect, enhancement of the visual environment and traffic safety are all part of this CIVITAS measure. The positive changes executed in Odense city centre have been largely based on two urban life surveys carried out in 1984 and 2000 by Professor Jan Gehl from Copenhagen University. Amongst other
recommendations, the last survey concluded that a better pedestrian connection was necessary between the pedestrian street system and the Odense Railway Centre and that completion of a cycle ring road would increase cycling and walking in the city centre.

MOBILIS activities within this measure will, therefore, include:
"- Active prioritizing of cyclists and pedestrians at 2 strategic traffic light crossings, including count-down displays."
"- Establishment of an interactive information system providing information for cyclists and pedestrians including tourists and visitors."
"- Establishment of electronic cycle scanners for cyclists at the 4 route connections to the cycle routes in the city centre. The electronic national health card will be used to carry out registration and collection of data on the movement of cycle traffic. Registrations will be linked to cycle competitions as Odense has exelent experiences in promoting cycling this way."

Housing areas environmental zones:
Outside the city centre, housing area environmental zones are defined as residential areas bounded by distributor roads. Typically, many residents live an autonomous and isolated life - not least because of the dominance of the motor car which creates a barrier effect and insecurity at local street level. Social interaction in the street space is uncommon. Reducing the dominance of the motor car through the MOBILIS measure is expected to:

The methods employed in MOBILIS include:
"- An environmental zone strategy plan including an individual mobility model to reduce speed, barrier effects, access changes, etc."
"- Demonstration of differences between two different housing area types"
"- Employment of an urban life consultant in the environmental improvement process."
"- Establishment of environmental zone groups for each area."
"- Provision of local information systems."
"- Execution of local activities to strengthen objectives for change."

As described above, execution of this MOBILIS measure should be seen as part of a strategy to work out a policy for the environment and quality of life for different area types in the city. The City of Copenhagen will be engaged as a strategie partner in this measure so that exchanges in experience can be made between the two cities. The work in the measure will include:

The average speed in the two pilot areas decreased by 12 % in Korup and 22 % in Bolbro while the speed at the two control points increased by 1.1%.

Cycling has increased by 62 % in Korup. In Bolbro the number of cyclists remains unchanged. This is in part due to the fact that the cycle traffic from the binning on was higher in Bolbro than in Korup because Bolbro is closer to the city center and schools.

The number of pedestrians was unchanged.

There has been a high level of citizens’ involvement in the Living Streets projects. Most involvement was seen in Bolbro, probably because the closing of streets naturally is a large physical change in the local area. The large amount of citizens involvement resulted in much talk and interaction among the citizens themselves as well as between the project group and the citizens.

Around 150 residents from the two areas participated in the internet based survey before and after the implementation of the 30 km/h speed zones. This is equivalent to 15 % of the total residents.

The survey showed that 61% of the residents found that the traffic speed has decreased.

The amount of residents who find the speed to high has decreased from 72 % to 31 %.

Traffic has an impact on peoples quality if life when looking at residential areas. When you ask the residents what they like or dislike about their neighbourhood they are more positive about the traffic situation today. When asked what’s the best thing about living in your neighbourhood the answers regarding the fact that there is not much traffic rose with more than 50% after the measure activities have been implemented.

Due to the strong citizens’ involvement in the project and the creation of a safer road environment with slower traffic, the residents speak more to each other today than they did before. The amount of residents speaking with each other every day has increased from 22 % to 28 %.