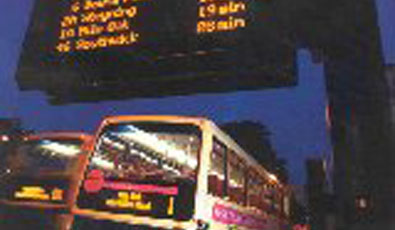 In the seaside city of Brighton & Hove (population 248,000) a key feature of bus service delivery is a long-standing informal Quality Bus Partnership between the local authority and the bus operator. This can trace its origins back 15 years, and has resulted in continuous passenger growth.

This is a case study examined within the European PROCEED project.

In the early 1990s the city council's predecessor authorities began working on a joint transport strategy to enable a key role for public transport. This followed a recognition that a high-quality public transport system was vital to the city’s success. In 1997 Brighton & Hove Council was established as a single authority, while the existing Brighton & Hove Bus Co. acquired Brighton Borough Transport, resulting in a fully-integrated, comprehensive, bus network. In a landmark report in that year, both the authority and the operator affirmed the benefits of joint working to grow the bus travel market.

A distinctive feature of the Quality Bus Partnership is that there is no formal Partnership Agreement. A consistency in senior personnel has been a key to this success, and each partner recognises and accepts the aims, objectives and limitations of the other.

Under the Partnership, the bus company commits to delivering:

The results of the Partnership have been consistent year-on-year growth in bus use for over 10 years.

Strong continued political commitment to public transport, and to sustainable transport in general, is a marked feature of Brighton & Hove's city governance. There is a very high standard of parking administration and strong local support for the city's parking policy. There is also a very high local profile by the bus operator's Managing Director; part of a company policy of integrating the bus business into the community. The bus operator has a very strong ethos of customer service and has consistently delivered high-quality services on a simple, though dense, network, since its formation in 1997, creating a virtuous circle. The increased ridership generated by the raising of the bus network's profile and image has generated the profits which have enabled sustained fleet investment and enhanced frequencies. The lessons of Brighton & Hove’s success for other cities, in all areas have been widely disseminated.

Buses carry high-profile, attractive, external advertisements for the 'travel by bus' concept, and almost all bus stops include a map and timetables. The bus operator produces a twice-yearly quality timetable magazine, 'Bus Times', commercially, whilst service alterations are only made twice a year, at the same time on all routes.