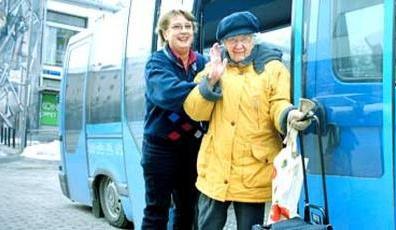 The City of Göteborg has developed a project to transform the public transport system into one that is accessible to all. The project is known as Kolla and started in 2004 after a study was conducted to examine how people with mobility difficulties can use public transport in an easier and less costly way.
Context

In 2003, a team from the Swedish city of Göteborg analysed how the transport system could be made friendlier and less costly for people with reduced mobility. Their recommendations were released in 2004 and this led to the development of the Kolla project. Through Kolla, Göteborg aimed to deliver a public transport system accessible to all by 2010. It set itself the target that 98 per cent of all citizens should be able to use public transport (an increase of 2.5 per cent on 2005 figures).

The following three priorities were set:

The project aimed to achieve the following goals by 2010:

The general actions achieved by the Kolla project were: