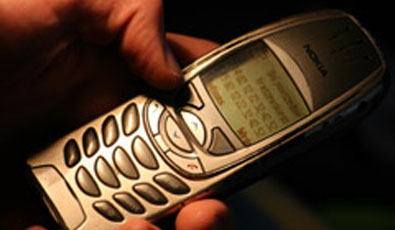 Accessibility to the information about a public transport has a significant influence on the attractiveness of this offer. In Poland there is not only a lack of real time passenger information, but also access to the timetables on the bus/tram stops is limited. The tables are often damaged by vandals, especially on the peripheral stops where buses or trams run at longer time intervals than in the city centre.

The programme Ginger was written by Micha? Ma?ecki as a grass root initiative of a computer scientist and a fan of the public transport. The programme gained Pozna? MPK’s (Miejskie Przedsi?biorstwo Komunikacyjne Ltd., Pozna? City Transport Company) favour very fast what has helped in its advertising.

Ginger is a mobile application allowing users to check timetables of public transport. The biggest advantage of Ginger is its very efficient data format, which allows storing whole timetables inside the cell phone, even old phones such as Nokia 6310i.>Ginger does not connect to the Internet nor does it incur any additional costs. The programme needs a one-off download from the internet and installation on the cell phone having java platform.

The programme is free of charge and new versions are updated with the changes of the timetable.

The scheme has become very popular not only among the passengers in Pozna?. It is also being developed for other cities. The scheme is being developed on the new functions, e.g. it has been expanded to an English version.
Ginger programme is still being regularly updated. However MPK offers to use similar software named Itiner to see their timetables. Itiner includes journey planner and real-time timetables as well.