Gathering data on national cycling patterns in the Netherlands 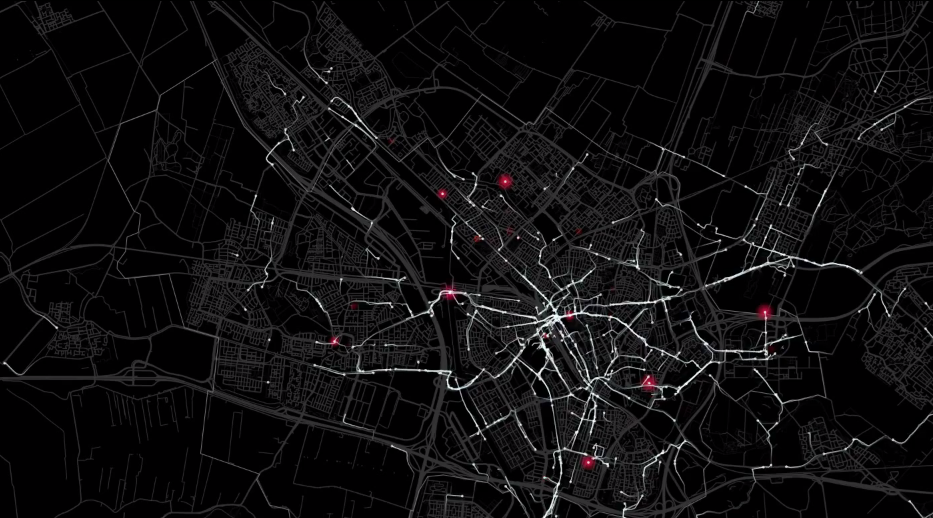 The Netherlands is well known for its cycling culture. But there was previously little objective and quantified information about cycling patterns. However, in autumn 2015, the Dutch Cyclists’ Union helped organise a national monitoring week during which over 50 000 people shared information on their cycling habits. This provided data that will help Dutch cities design policies and introduce initiatives that will further improve cycling across the country.

The share of people choosing bicycles over other forms of transport in Dutch cities – such as in Utrecht (30 per cent), Amsterdam (31 per cent) and Groningen (37 per cent) - is generally quite high.  However, in urban areas, bicycle paths are becoming more and more congested, resulting in delays for cyclists.

Cycling is high on the agenda for Dutch cities and municipalities, regardless of their size. Whether they need measures to solve congestion in larger cities, enhance the quality of rural cycling networks, or promote cycling among specific target groups, investments need to be rationalised. Until now, objective and quantified information needed to make these decisions was unavailable because of a lack of data.

In September 2015, the first ever Nationale Fiets Telweek (National Bike Counting Week) was organised by the Dutch Cyclists' Union in collaboration with several organisations that focus on mobility. The Fiets Telweek is funded by regional and local governments, and the Ministry of Infrastructure and Environment.

Fiets Telweek works in two ways. It conducts a thorough local and national marketing campaign that raises awareness of the Fiets Telweek, and then during the week itself uses a free smartphone application to receive data, which it then processes into useful information through a tool-suite.

The campaign was conducted over a five-week period, and made use of:

A tool suite called 'Bike PRINT', developed during a European Union Interreg project, monitored and collected the data. Using GPS, cell- and WiFi-spots, an app received information about a cyclist’s location, velocity and acceleration and then processed it to provide anonymised data on the cyclist’s origin and destination, route (by matching the data to a map) and speed. The data is then analysed to calculate potential detours, the quality of the network, popular routes, etc.. It is then presented by the Bike PRINT online interface and then handed over to local governments as open data-sets. Later this year, the Dutch Cyclists’ Union is launching an open-data platform where all the Fiets Telweek data will be available.

The five-week marketing campaign reached some 30 million people. Over the course of the actual monitoring week, over 50 000 cyclists used the app, sharing their cycling habits and behaviour related to over 377 000 registered trips - equivalent to around 1 200 000 kilometres. The monitoring technology was able to calculate the average speeds of cyclists, the lengths of their trips and see how busy particular stretches of paths were (a section of a bike lane in Utrecht was the busiest, used by over 2 300 cyclists during the week).

Because of its success, the Fiets Telweek will now be held every year in the Netherlands. In 2016 it will take place from 19 - 25 September.  Praise for the technology used for the data-gathering is widespread: A representative of the province of Noord Brabant claimed that it will help them become the number one cycling province of the Netherlands by 2020.

The coverage by the national and local press was a reason for the success of the Fiets Telweek. With a moderate budget, it managed to reach an enormous number of citizens. The success of the campaign was also thanks to the commitment of local governments and the use of their communications channels. The synergy between the national campaign and the communication from the local government gave a boost to the campaign.

If other local governments intend to launch similar initiatives, they should consider developing a thorough marketing campaign. The technology, including the app, is transferable, though some translation might be necessary.  It is also a great help when such a campaign is supported by national government and cyclists’ organisations.