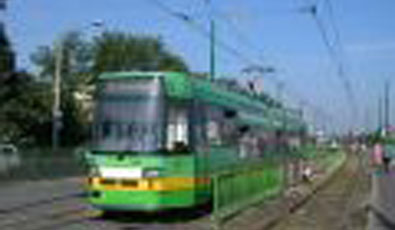 In order to increase the accessibility of public transport services for older and people with restricted mobility in Pozan, a major improvement programme (beginning in 2004) is currently being undertaken.

Poznan being one of Poland's biggest cities has one of the biggest transport systems in the country.

With such a well developed transport system, a key requirement concerns accessibility for all user groups. Initial 'user surveys' (beginning in 2003) revealed that for many people including older and people with restricted mobility current access (physically) to trams and buses was difficult. Based on these initial surveys a comprehensive improvement program was initially undertaken to replace older ‘inaccessible’ vehicles with new ‘easy access’ low floor bus and tram vehicles. However, in some instances, due to infrastructural problems, accessibility problems still remained and further improvements were required.

Poznan City Council in cooperation with the main public transport company in Poznan (Miejskie Przedsi?biorstwo Komunikacyjne w Poznaniu Sp. z o.o) has recently introduced a program of repairing and improving bus and tram stop facilities. The biggest works were on Staroleka Roundabout, where the whole tram infrastructure were changed, with all tram stops being re-build and the pavement areas adjacent to stops raised to meet the level of buses and trams . In 2006 the remedial works were expanded to cover the whole city centre area and final work is currently being undertaken (early 2008).

Since 2004, most of the bus and tram stops were modified and adapted on the main public transport service routes. The next/final implementation stage will be to replace all old trams and buses with new low floor accessible vehicles. These improvements (so far) have allowed many more mobility-impaired travellers to use public transport services (including other mobility-impaired groups such as parents with young children), which is reflected in recent patronage surveys.