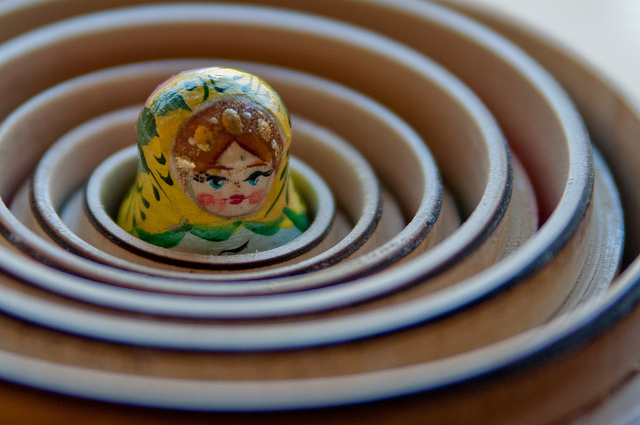 Finland is developing and piloting the world’s first door-to-door mobility service. Supported by Tekes, the Finnish Funding Agency for Innovation, and the Ministry of Transport and Communications, the concept is based on several approaches, one of which allows people to buy packages, similar to mobile phone bundles, which provide them with different transport options to get them seamlessly from one location to another.

Preliminary ‘pre-study’ projects, which Tekes funded in March, are currently in progress and are developing these solutions, while consortia that are aiming to run a ‘Mobility as a Service’ (MaaS) pilot are finishing their applications before the end-of-May deadline.  In the meantime, Eltis examines the MaaS project and what the potential benefits are for citizens, the environment and businesses.

Finland has several strategies related to the planning of sustainable urban traffic. In 2009 Finland published a Strategy for Intelligent Transport, and in 2012 the government prepared a report stating its transport policy for 2012−2022. A new Environmental Strategy for Transport 2013–2020 aims at promoting sustainable and technically advanced transport, and the National Strategy for Walking and Cycling (2011) and National Energy and Climate Strategy (2013) both promote sustainable forms of transport.[1]

Research shows that cars in Finland are used only 5 per cent of the time, which includes looking for a parking place and being stuck in traffic.  Urbanisation is increasing, car ownership is decreasing among young people, and the ‘sharing economy’ – driven by pioneers such as Airbnb and Uber – is growing.  Taking these factors into account, the transport industry, with great support from Tekes, decided to begin developing door-to-door mobility solutions that integrate intercity and local transportation, as well as ‘last-mile’ solutions to improve mobility to citizens.

In February 2015 Tekes opened two calls for Mobility Operators (MOs) – organisations that will design, develop and manage MaaS projects – and for other organisations such as current transport and technology providers who want to make their services compatible with the MaaS system. The first call was for ‘pre-study’ projects, and the other for consortium projects. The aim of the pre-study call is to study the feasibility of pilot schemes, to create MO business models, study pre-conditions for MaaS operations and, ideally, fund ideas that will evolve into proper consortium project applications. The call ran from until the end of February and offered up to € 50 000 per project[1]. The consortium project call runs until the end of May 2015. Consortia can apply directly for the second call without participating in the first.

As part of the project criteria, the MO will need to analyse the mobility needs of one or more user groups and generate door-to-door services that match their profiles.  The MO will also have to integrate several transport modes by utilising and combining the interfaces of travel schedules, location data and payment systems of multiple transport services, such as public transport, taxis and shared cars. Travellers should be able to search and compare the length and cost of alternative travel options; book and pay for the service (including the whole travel chain); and then receive instructions on how to use their chosen package.

The solutions are then piloted in a real transport environment, either in the Helsinki-Hämeenlinna-Tampere growth corridor, or another specified demonstration environment. ‘Digital solutions will need to be able to adapt to different user profiles, the whole of Finland and international markets,’ says Sonja Heikkilä from Tekes. ‘And there are endless possibilities. Solutions can be created for urban commuters, families and occasional travellers.’ According to Heikkilä travellers could, for example, sign up for an ‘urban commuter package’ where they would get free public transport in their home city area, and use taxis, rental-cars and domestic public transport for a pre-defined number of kilometres – much like how mobile phone companies offer customers a set number of SMSes and call minutes.

As of mid-May 2015 Tekes has received 13 pre-study applications, of which eight received funding. Consortium pilot project applications have not yet been received ahead of the deadline at the end of May. Heikkilä expects the length and size of the projects to vary, which will affect the cost; funding could range from € 1-2m. However, she notes, operators would not need to invest a lot in hardware or infrastructure.

‘We are in the middle of significant social change,’ says Heikkilä. ‘The young want to be multimodal, spontaneous and continuously connected. MaaS will provide people with high-quality intermodal transport packages at competitive prices that can be utilised from a smartphone handset.’

MaaS also has the promise of cutting the number of cars on streets and reducing congestion – which would improve the environment and encourage healthier, safer and more attractive cities. And there are benefits for businesses, too. The project is an open ‘ecosystem’ that welcomes collaborations with all types of organisations and encourages the rapid development of innovative and modern technology. According to Tekes, the worldwide market for digital solutions in transportation is € 10 trillion. The MOs would take their share, but the majority would trickle down to the transport service providers to cover the costs of producing the services.

‘MaaS will increase the efficiency of the transport system, and will allow transport providers to concentrate on core competencies instead of managing/collecting fares, advertising and customer service,’ says Heikkilä. ‘This allows smaller alternative transport services, such as car- and ride-sharing, to stand shoulder to shoulder with any other transport services and be just as user-friendly.’

According to Tekes, plenty of companies are already engaged in MaaS and more are on their way. Currently the organisation is funding eight pre-study projects. ‘Several MOs have been established and technologies are being developed,’ says Heikkilä. ‘Pilot projects will begin later this year and, depending on the scale of the project, could last from anything between 9 months to 2 years. Naturally, after the funding period, we hope that the businesses will continue.’

Tekes is also helping to form consortia by ‘matchmaking’ companies with each other. Heikkila explains: ‘We try to build alliances – activating companies that fit into the MaaS vision and introducing them to each other.’ MaaS is supported by other programmes by public organisations in Finland, such as Finpro. New Finnish legislation is also being drafted that would allow new transport services to emerge easier and face fewer restrictions. Tekes says this would initially apply for certain areas in Finland over a few years.

‘MaaS needs to offer a sufficient level of service to compete with the private car,’ says Heikkila. ‘The services need to be comprehensive in their options, and guarantee the realisation of trips. They need to be easy to use, include integrated payment systems and be individual and addictive.’  Most importantly, says Tekes, MaaS requires open interfaces to transport services, including timetables, real-time location information and payment systems. With these components MOs can seamlessly integrate transport services worldwide.