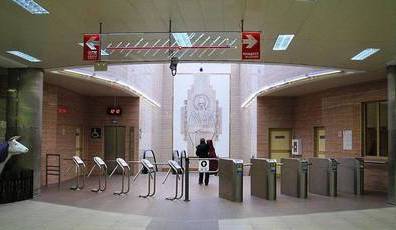 The need for an efficient public transport system, and to address transport and environmental problems in Sofia, have resulted in the development and extension of the metro system. With European, national and local co-financing, several extensions took place in 2012 leading to various public benefits.

In recent years, the city of Sofia has attracted many people from different parts of the country due its better job and study opportunities. This increased number of migrants has resulted in increased passenger flows and transport problems such as increased congestion, insufficient parking places, as well as increased environmental concerns. These factors have motivated the extension of existing, and the development of new metro lines.

According to the Metro Technical and Economic Report and the General City Plan, metro lines in Sofia should consist of 3 main lines with extensions in the periphery areas, a total length of 65km, 63 metro stations, and the capacity to carry 1.2 million passengers daily at the final stage of implementation. Line's 1 and 2 are considered a priority. The most important extension plans of the metro have been subjected to design, town-planning and environmental impact studies.

The construction started with the busiest Line 1. After finishing the first stage of this expansion in April 2012, Sofia citizens can now cross the city in 22min. It also provides a buffer connection with “Tsarigradsko shose” through which more than 10,500 vehicles enter the capital during peak hours. For this reason, a spacious buffer parking area is planned and a terminus for the suburban bus lines. This first stage of the metro expansion was financed by Sofia Municipality and by a loan from the European Investment Bank.

Due to the crucial importance of the central section from Line 2, it has been differentiated in a separate Sofia Metro Extension Project. The financing was provided by the European Fund for Regional Development - €157 mln, Sofia Municipality - €62 mln and the National Fund - €28 mln. This section of the line was launched in September 2012. Buffer parking lots for about 3,500 vehicles were also constructed. The first 2 hours of parking for those using the metro are free after which it costs about €0.25 per hour to park.

The extensions of metro line's 1 and 2 have led to a lot of public benefits. Journey times in the capital have become quicker and more reliable. Since the two metro lines connect several remote neighborhoods to the centre, car use for people living in these areas is not an absolute necessity anymore.

In 2012-2014 the metro will be extended to Sofia Airport and to the city's main Business Park, which should create further economic development in the capital. The journey time from the city centre to the airport will take 15 minutes.