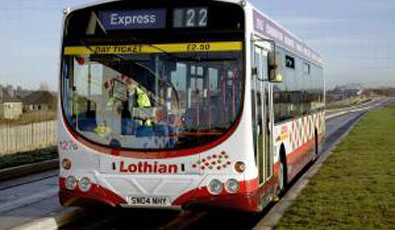 Growth of the Scottish capital, Edinburgh, has resulted in decentralisation of businesses and services and created a need for improved accessibility to these areas.

This project is one of ten trial projects being conducted under the umbrella of OPTIMUM2 - ‘Optimal Planning Through Implementation of Mobility Management’ - a European project whose primary aim is to improve the accessibility of busy locations in urban areas through mobility management.

The city of Edinburgh is a key growth area in Scotland. This growth is located not only in the city centre, but also in suburban areas like the Gyle and Edinburgh Park, the north of Edinburgh and around Edinburgh Royal Infirmary, and has brought decentralisation of jobs with it. That decentralisation causes transport problems, especially in the west of the city.
As a result, the following activities were proposed:

A consultant was appointed to develop and execute a two-year marketing plan to “sell” travel improvements that are being implemented by the City of Edinburgh Council.

A number of initiatives have been implemented to address access to business and service areas out with the centre of Edinburgh:

The marketing of these travel improvements was to involve:

With new and improved bus routes and service up and running, the marketing of the services and similar sustainable transport alternatives to employees and individuals is progressing with a final report on the project due in 2007. To date, the following marketing activities have taken place: