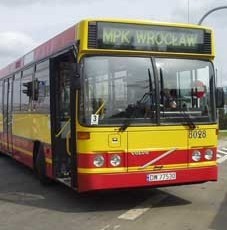 Through the implementation of several measures, Wroclaw aimed to create an attractive and seamless public transport system in the city with the use of integrated tickets in the linked transport system, central hubs and connected schedules.

Public transport (PT) is a cornerstone of environmentally friendly transportation development. In the new, eastern EU Member States, public transport is under considerable pressure. Decreasing passenger numbers, reduced transport supply as well as customer required modernisation and increased customer convenience, make the move towards a real alternative to private car use extremely complicated. Available financial resources are limited. Local authorities must therefore find ways to use funds as efficiently as possible. Wroclaw is attempting to re-build public transport as a powerful and attractive alternative to the car by creating a transport system alongside neighbouring communities and the Polish State Railways (PKP). In the research project "Establishment of transport associations in public transport in Central and Eastern Europe", which was carried out under the Environmental Research Plan (UFOPLAN) from April 2001 to July 2004, Wroclaw was considered as one of several case studies (see report attached).

In 2002, the municipalities and counties of the Wroclaw metropolitan area (Polish agglomeration) took a decision on economic and socio-cultural cooperation. With the aim of improving quality of life through economic integration, three areas were identified. It was decided that their activities should be coordinated more closely. One of the main areas was Spatial Development in terms of environment, spatial planning, technical infrastructure and road traffic. Several working groups were established, including spatial planning and development as well as traffic. In November 2004, EURONATUR (one of the project-coordinators) initiated a meeting of the traffic working group on the state of bilateral cooperation arrangements and discussed the possibility of further investments. This was the foundation stone for the increasing “agglomeration traffic network" and the future of the alliance was secured over the end of the project period.>The first steps have been implemented: coordinated schedules based on the identification of key interchange points and the orientation of individual lines to these points. Central information and communication points have increased the attractiveness of public transport as have the first integrated tickets between Wroclaw and the Polish State Railway (PKK). Rising sales indicate that users view this ticket as a positive alternative. These initial collaborations act as positive examples. Meanwhile there have been further expressions of interest from surrounding communities. Meetings of various kinds, counselling sessions, field trips and coaching by external experts have all enabled an extensive knowledge transfer into the region. An informal working group on cooperation in public transport has also been established.

Wroclaw has shown how the attractiveness of public transport can be improved without huge financial resources, using instead the strong will of all parties involved. It has also shown how to adapt good practice examples from Western Europe to the specific conditions in the new eastern EU member states. The results have been, among other things, the provision of comprehensive know-how on the subject, the networking of various transport providers in the Wroclaw region as well as the institutionalisation of the topic "Public Transportation" in committees and working groups and thus the reduction of the dominance of road transport. In addition, the development of a transport plan and the development and implementation of a joint ticket ("Ticket agglomeration") for various vendors.