Deployment of CNG buses and LPG boats in Venice/Italy 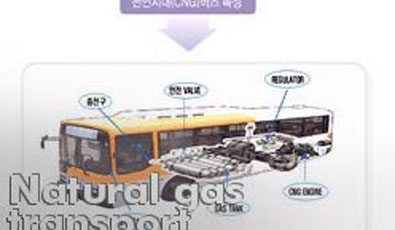 CNG busesTo increase the number of clean energy efficient vehicles that run with natural gas in the public transport bus fleet, thus increasing the attractiveness of public transport as a whole and reducing polluting emissions.LPG boatsTo introduce the deployment of LPG in the fleet of pleasure crafts used by private citizens in Venice historical city centre and surrounding lagoon. This will take place through an integrated action that will start by testing LPG on a pilot fleet of 10 boats.To demonstrate that LPG is the most feasible alternative to gasoline for pleasure crafts, in order to bring about air and water pollutants (particularly HC, VOC, PAH) emission reductions, as well as water pollution (due to petrol spilling) abatement through a complete and detailed study of the state of the art and of the market and through benchmarking at the European level.To stimulate market, normative bodies and decision makers, so that the innovative experience in Venice will be the basis for the development of the use of LPG in boats firstly in Venice and also all round Europe. This objective will be reached through an awareness raising campaign at the local level and the preparation of a Local Action Plan.

CNG busesCIVITAS permits the company to broaden its natural gas powered fleet through the conversion of 2 buses to natural gas, the purchase of further 35 natural gas buses and the acquisition of 5 natural gas minibuses for park & ride services.This expansion of the fleet is accompanied by a broadening of the necessary refuelling infrastructure.LPG boats1. Purchasing and field-test of 10 pilot boats aiming at a full demonstration of the reliability of LPG as a nautical fuel under standard use conditions. The ten demonstration boats will be fitted with new bi-fuel LPG outboard motors.2. Implementing a complete study on the use of LPG in boats, both with new factory-made engines and conversion kits (more details in the paragraph below).3. Carrying out an awareness raising campaign, addressing potential customers, policy makers and engines installers (more details in the paragraph “Innovation” ).4. Drawing up a Local Action Plan for the promotion of LPG in boats, addressing decision makers and possible local stakeholders, giving to each one specific roles and responsibilities, and thus co-ordinating activities with the same common objective.

CNG busesA reduction in emissions from the ACTV bus fleet in line with the following data:CO (g/km) HC (g/km) Nox (g/km) PM10 (g/km)Bus Euro I1993 - 1996 6,82 0,84 17,6 0,79CNG bus 3,3 0,73 1,32 0,022Pollutant emissions reduction (%) 51,6 13 7,5 97,2LPG boats1. Ten LPG demonstration pilot boats circulating in the lagoon.2. Clear steps forward following MOBILIS; the market study and the Local Action Plan will permit future development of the use of LPG beyond the MOBILIS project in a very effective and practical way: political commitment together with technical and economic feasibility.3. A more prepared market; the awareness raising campaign will prepare the market both from the end users side and the technology providers side.
Topic:
Clean and energy-efficient vehicles
Archive
Country:
Italy
City:
Venezia
Contact:
Elio Zaggia
Author:
Elio Zaggia
Keywords: