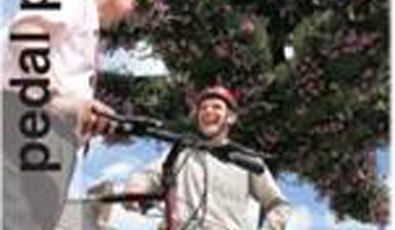 Between 2004 and 2009 the town of Darlington in northern England is receiving extra money from national government to implement both “hard” and “soft” transport measures. This has already led to more sustainable travel choices by local people.

In the UK there is a lot of interest in so-called “smarter choices” - using soft measures such as personalised travel assistance, information, events and campaigns to “lock-in” the benefits of investment in new transport infrastructure and services. This interest stems from a major report produced in 2004 for the UK Department of Transport (DfT; see links), which estimated that such measures implemented on a major scale across the UK could reduce demand for car travel by 8-12% at a fraction of the cost of major new public transport and road schemes.

In 2003 the UK DfT decided to choose a small number of medium-sized towns to be demonstrations for the “smarter choices” theories, of which Darlington is one. It is receiving an extra £4.74 million (approx €7 million) between 2004 and 2009, to deliver the following:

Between 2000 and 2005 almost 10 km of new cycle route was implemented in Darlington, which only has a population of 110,000. New links focus on the town centre, major employment centres and schools. The improvements were then marketed to school children and their>parents using house-to-house individualised marketing in one part of town, plus promotional events at primary schools, such as the April 2005 Bike to School and May 2005 Walk to School week, when children and classes were given record sheets, free food and drink and the chance to win prizes such as a free bike.

The annual census of school pupils’ travel showed a 120% increase in cycling levels (0.9% - 2.1% of home to school journeys) and a 4.5 % reduction in single family car trips in the twelve months from January 2005 to January 2006. Data from five automatic cycle counters showed an increase in daily annual traffic of 12% between May 2004 and May 2005.

Initial findings from a survey of 1000 residents’ living in households contacted by the individualised travel marketing (ITM) team and 500 residents living in other areas of the town between 7th November and 18th December 2005 showed a statistically significant increase (14%) in the use of public transport within the ITM area. The same survey showed a 3% decrease in car driver trips and a 14 % decrease in car passenger trips, whilst walking trips increased by 1%. (Source: Local Motion Presentation by Darlington Borough Council to OPTIMUM2 HAG/BAG site visit, April 2006). The Department for Transport report states that estimations based on Darlington household travel diaries show per capita savings of 50kg of carbon dioxide in 2008, compared to 2004 and summarises that the overall programme was successful in reducing car use and in doing so, offers very high value for money.