A Cycling Kilometric Allowance in France 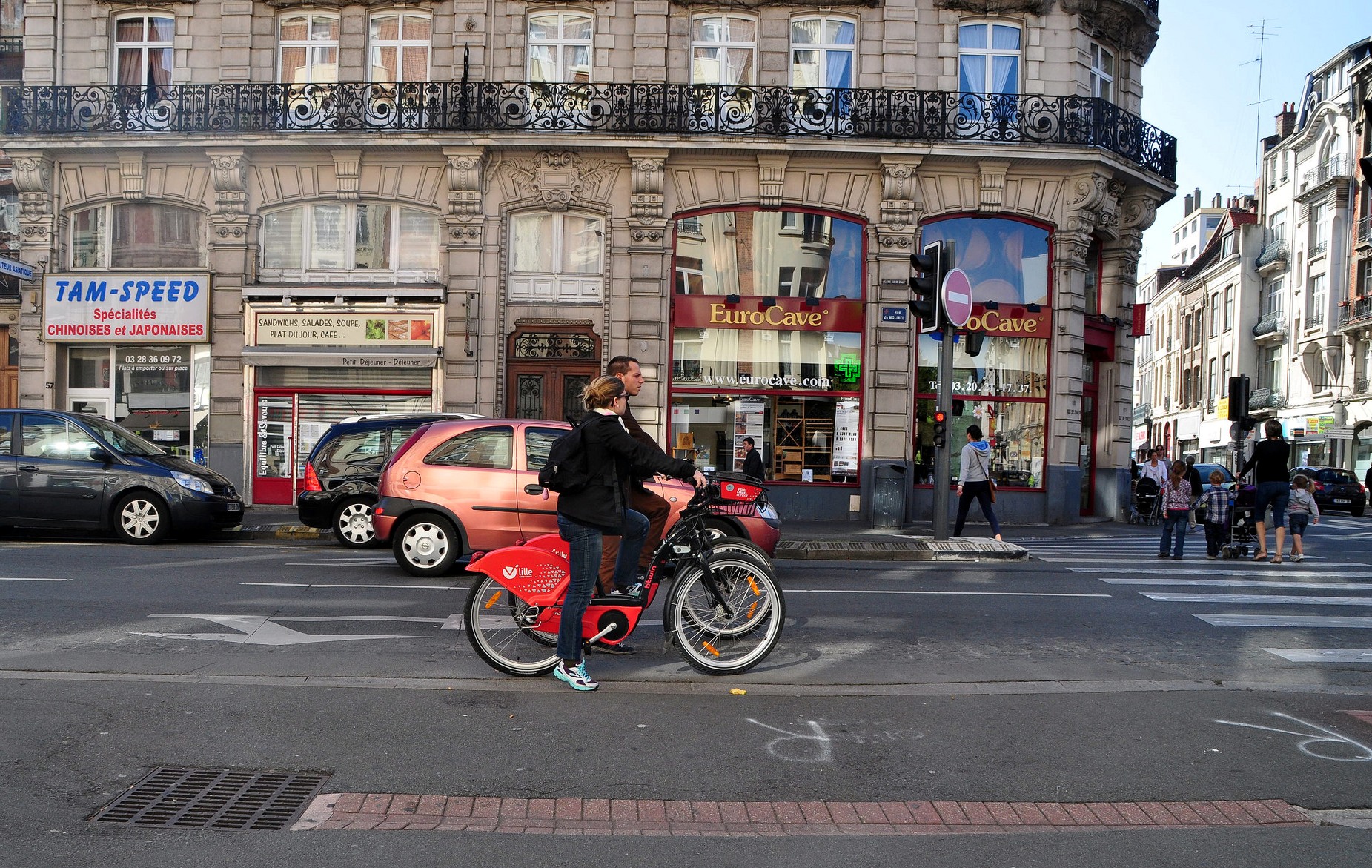 In 2017, France launched a new action plan dedicated to active travel (walking and cycling). Part of this was a Cycling Kilometric Allowance for commuters cycling to work.

Those using their own bike receive €0.25 per kilometre cycled and up to €200 annually. This amount is exempt from both companies' social security contributions and taxes (the allowance was first trialled with private companies).

Results from the pilot phase, in which 18 companies were involved, showed a 50% increase in the number of active cyclists. The programme has since been rolled out beyond private companies to the public sector as well.

A few years ago, the French Ministry of the Environment adopted an ambitious roadmap for sustainable development and growth that culminated in 2015 with the United Nations Climate Change Conference in Paris.

As part of this, numerous transport initiatives were undertaken to improve air quality and reduce private car use in cities. These included the promotion of active travel, bike rental schemes for businesses, financial incentives for bike purchases, and secure bike storage facilities at public transport stations.

The Cycling Kilometric Allowance is the newest addition to the Plan de Déplacements Entreprise, a package of measures encouraging the use of alternative mobility solutions among private businesses. It is one of a variety of incentives designed to position bikes as clear alternatives to cars and induce a shift towards sustainable transport modes.

The Cycling Kilometric Allowance was introduced by the French Ministry of Environment and promoted by the Club des villes et territoires cyclable, a French network of bike-friendly cities. Following a year-long pilot phase in 2014-15, implementation began in early 2016 at a rate of €0.25 per kilometre.

ADEME, the French Environment and Energy Management Agency, monitored the first six months of the pilot. During this time, 18 private businesses from across France took part in the scheme. Of these businesses' 10,600 employees, 380 benefitted from the allowance.

The scheme is voluntary for the private sector and entitles employees to an annual allowance of up to €200, exempt from taxes and charges. Each recipient's allowance is calculated using the most direct route from their home to their workplace. As part of this, intermodality with public transport is supported: employees are reimbursed both for public transport season tickets and single journeys if their commute involves cycling to a public transport stop.

A national observatory - L'Observatoire de l'indemnité kilométrique vélo - was established to collect data, support the implementation of and follow-up activities relating to the scheme, and share good practices with companies involved. The observatory is led by the Club des villes et territoires cyclables. A public sector trial is also taking place; officials at two government ministries are participating in a two-year pilot ending in August 2018.

During the initial months of the scheme's trial phase, cycling experienced a 50% increase in its modal share among employees. This rose to 125% after a year. A greater number of people now use their bike 3-4 times a week, whilst the amount doing so daily has doubled.

People recorded as being 'new cyclists' had mostly switched from public transport; 20% were former car users; and 9% previously drove mopeds or motorcycles. The number of inactive people halved, whilst over 80% of participants reported engaging in extra physical activity. This mainly took the form of cycling trips additional to those between home and work.

Over the winter period in which the allowance was introduced, companies participating in the scheme reported a cycling rate double that of those not involved. Most employers and employees had a positive perception of the initiative, which served to foster sociability within the company.

There were also clear environmental benefits. Data gathered by ADEME during its six month monitoring period estimated a 2.7 ton reduction in CO2  emissions, which works out at an average of 0.03 tons per new cyclist per year. Two reports from ADEME outline the results from the two pilot phases in greater detail, including the health impacts.

The scheme's evaluation clearly demonstrates its positive impact on travel behaviour. Businesses continue to sign up to the cycling allowance, with at least 76 having done so as of mid-August 2017 (the amount may have been higher). These 76 businesses account for 57,442 employees, 2,000 of whom are recipients of the allowance. Two cities, La Rochelle and Orvault, have even decided to adopt the scheme for their public officials, despite it still being in its trial phase.

Pedelecs and e-bikes are also included in the scheme. As they cover greater distances -  an average of 7.4 km per trip compared with 3.8 km on conventional bikes -  it is being considered whether to raise the allowance's upper limit to €385 per year. This would also make the scheme more appealing to employees.

Other cycling-related fiscal incentives exist in France. For businesses who make bicycles available to their employees for free, a tax exemption of up to 25% is available on the cost of acquiring and maintaining the bicycles used. There is also a national subsidy of €200 on all electric bike purchases.

Aside from France, very few other countries have yet to introduce a tax-free cycling mileage allowance. Employers should design incentives to encourage active travel and promote the reimbursements of costs associated with it in such a way that sustainable transport modes represent strong and attractive alternatives to the use of (company) cars.

Complementary measures might include the installation of locker rooms in the workplace, offering secure bike parking, and organising bike repair workshops.

To read the first ADEME evaluation report from January 2015, click here (in French).

To read the final ADEME evaluation report from January 2016, click here (in French).