Cycling as a key factor of the tourism strategy. Andorra 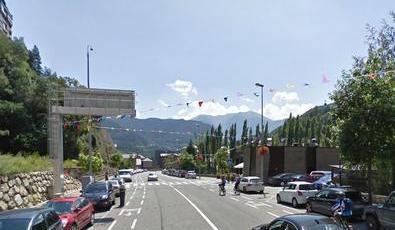 The ski resorts area of Vallnord (Andorra) have written a Bicycle Master Plan to promote cycling in the summer season as a new tourist activity in the alpine ski resort in order to expand the current tourist season.

In ski resorts the tourist season is usually limited to 5 months of the year. The development of new bike activities (mountain biking, downhill, road cycling, family bicycle touring,...) aims to expand the current tourist season. In order to have a global framework for a coherent development of these new activities, the public company Vallnord SA, with the support of La Massana and Ordino City Councils commissioned a Bicycle Master Plan.

The implementation of the plan started in 2008 and was monitored by a steering committee, composed of Vallnord SA and other stakeholders. The municipalities were responsible for the implementation of the plan in their territories while the government managed the actions on the national road network. The action plan was implemented in La Massana, including the creation of a cycling paths network on the main streets of the urban area.>Currently pending is the bike connection between La Massana and Ordino and the development of the urban cycling network in Ordino.

The local private sector has been directly involved in the project. New bike rental companies have been created and some hotels have built bicycle parking and have designed specific packages for bike-related tourists.

The extension of tourism being the aim of the project, the indicator used for evaluation was the increase of visitors during the summer season. Among other factors, the bike-friendly policy contributed to an increase in summer visitors of 15% during the last 5 years.

It has to be pointed out that the availability of adequate infrastructure for bike activities was one of the key criteria for choosing Vallnord as a venue of the UCI-Mountain Bike World Cup in 2008, 2009 and in 2013.

The results demonstrated that through proper planning it is possible to cover the needs of different cyclist profiles (mountain biking, road cycling, cycle touring, daily bikers,...) and to safely integrate bicycle use in motorised urban traffic. The success of the experience in the involved towns has raised the possibility of designing a policy for the promotion of cycling for the whole country.