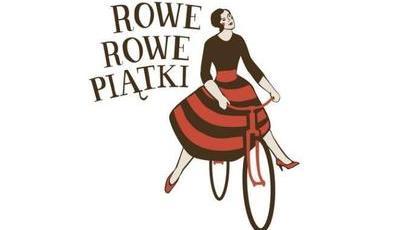 The Friday Cycling campaign in Gdansk (northern Poland) aimed to encourage people to move around by bicycle on a daily basis. The promotional action has been carried out every year since 2010. It was initiated by the Pomeranian Association Common Europe (PSWE).

The main objective of the campaign was to encourage citizens of Gdansk to use bicycles as an everyday means of transportation. According to a study carried out in Gdansk in 2009, the modal share of the bicycle in the city was about 2 percent. However, the participation of women was less than 50 percent of the men’s share. Therefore, the Friday cycling campaign was aimed particularly at women.

The campaign involved the Gdansk city authorities, the CIVITAS MIMOSA project and a number of media partners and patrons.

The first event took place on the 10th September 2010. For 3 consecutive Friday mornings (6:30 - 9:00) local celebrities handed out gifts to people who cycled on the streets. The gifts were dedicated to female cyclists, like flowers or cosmetics packed in bags with the campaign logo. Such gifts were handed out to all the cycling men as well. It was assumed that a man who receives the gift will pass it on, for example to his female colleague at work. In this way the action could potentially reach some people off the streets, too.

An important element of the campaign was the involvement of celebrities. Thanks to their participation, a wider audience was reached.
The campaign was widely promoted on a local scale.>The information reached the community by local radio, television, newspapers and websites. In the morning rush hours, Radio Gdansk broadcasted an advertisement encouraging people to leave their cars at home. Additionally there was some advertising on mobile billboards and via leaflets.

Distribution of leaflets was carried out at intersections and the locations were equipped with special “Friday cycling” flags. All the people involved in the action were dressed in special reflective clothing.

The initiative was a form of active promotion among the local community and it was the first of its kind in Poland.

Despite the fact that in 2010 the give-away action took place only in Gdansk, information on the campaign reached the whole region of Pomeranian Voivodeship. According to the data collected in 2010, the campaign directly reached 4,852 people, including 1,441 women. On the last day of the first edition of the campaign, the number of women using bikes had increased by 75% (compared to the first day).

Due to its success, the campaign was repeated in 2011 and the organisers tried to include more cities. The Polish Union of Active Mobility joined the organising committee of the campaign, allowing promotion of cycling in one other Polish city: Malbork.

The “Friday cycling” campaign was awarded Social Campaign of the Year 2010 in the category of local initiatives. The action is closely linked with the annual events of European Mobility Week.