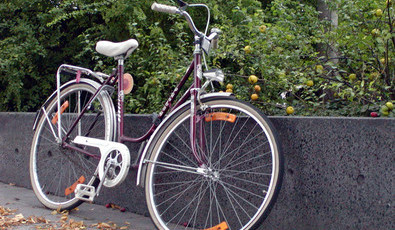 Today's car dominated societies often create unfairness and social exclusion. The municipality of Linköping started a multi-departmental project on cycling which enriched everyday life for immigrant women in Linköping and increased the number of cyclists in the city.

The Swedish Transport Administration collaborates with the municipality of Linköping to reduce carbon emissions from transport. During one meeting at the municipality in 2006 held, the participants discussed ways of increasing the modal share of cycling. One of the participants, a representative of the municipal immigrant services, explained that he had been in contact with many women with an immigrant background who could not ride a bike. Because these women also often lacked a driving license, they were relatively restricted to staying in and around the home and experienced isolation.

As a result of the meeting, the municipality of Linköping and the Swedish Transport Administration initiated a "learn to ride a bike-training" for immigrant women.

The course was conducted by Adult Education. Interest in the course was great. Two weeks after the first announcement for the course had been made, three groups of eight students had already signed up and there was an extensive waiting list.
The course began with theoretical knowledge and continued with practical exercises. During the practical part the women learned to ride a bike. The teaching method was the same as is used for children: a female teacher runs next to the bike and gives advice and helps the student to balance.

The courses ran from 2006 for five years and were funded by the municipality of Linköping and the Swedish Transport Administration. Every year around 60 women participated in the activity.

The result was that all participants learned to ride a bike. The course also attracted the attention of the media. The participants were extremely happy with the course and for many of them it was a life changing experience. One of the participants was employed as a result of the course, as it enabled her to better fulfill the requirements of a job that involved moving from place to place. Other participants said that they now feel that they belong to their group of colleagues since everybody bikes.

The courses facilitated better integration of the participants into Swedish society. The bike course had a "ripple effect" in that the municipality started several courses as part of the normal inclusion strategy. This in turn made life easier and richer for many immigrant women.

A major lesson learned is that the ability to cycle is often taken for granted, but without it, life can be much more diffficult. This is a concrete example of how cycling can contribute to a better environment but also to a richer everyday life.