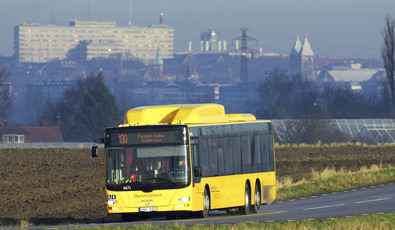 In autumn 2012 over 30 000 citizens in Skåne region were offered a chance to try Skåne public transport for free during a trial period of two weeks. The experiment provied very successful with both the revenue and number of public transport patrons increasing after the trial period.

In October and November 2012 over 30 000 citizens in the Skåne region got a chance to try the buses and trains of Skånetrafiken (regional public transport company) for two weeks within the framework of the commuter experiment (Pendlarexperimentet) initiative.

The main goal of this initiative was simply to get more people to use public transport. People often have, many times not even justified, prejudices towards public transport, and offering them a chance to try it themselves may influence their opinions positively. Several other public transport companies in Sweden, among them Västtrafik, had previously implemented similar initiatives successfully giving an encouraging example to Skånetrafiken.

The total costs of the project were 8 MSEK.

Each day, around 250 000 people travel with Skånetrafiken’s 14 000 daily bus and train rides. Skånetrafiken is responsible for public transport on city buses in 10 major cities, regional buses and trains in Skåne. Turnover is approximately 4.3 billion annually.

The results show that the commuter experiment was really successful: the revenue and number of travellers increased. 30% of the test travellers stated that they travel more with Skånetrafiken today than they did before. The overall outcome was 9200 new customers. In January the number of trips had increased by 8,5 % compared to the figures from January last year.

Because even the revenue has increased, it can be said for sure that a number of new people have started to use public transport in Skåne, and the commuter experiment contributed to that greatly. This shows that investments in new customers have really paid off. Thanks to this initiative, more people in Skåne have discovered that a good range of efficient transport is available and have recognised the other benefits: the possibility to save money, spend commuting time doing other things than driving, and the fact that the train is faster than using a car.

The use of Skånetrafiken’s city buses has increased the most, with use in the two small towns of Hässleholm and Ystad seeing the biggest increase. Even in Malmö, the growth has been 11,4 % for city buses. 9% more trips have been made with Skånetrafiken’s trains, and 4,2% more with regional buses.

A telephone survey of 500 people who participated in the experiment, also showed positive results:

The results are very positive and help to continue the efforts towards the target of Skånetrafiken: more travellers and more satisfied travellers. Skånetrafiken finds it gratifying that so many users said that public transport makes their everyday life easier.