Coastal tram along the Belgian coastline focusing on tourism. Belgium 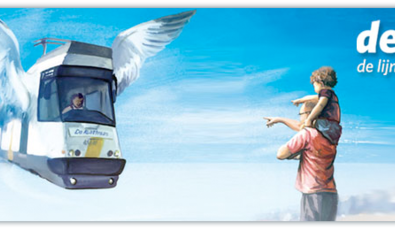 A tramline has been connecting all the Belgian coastal cities since 1926. The line is operated by De Lijn, an autonomous Belgian government company offering PT services.

The tram was developed to connect all villages along the Belgian coastline, both for local residents and for tourists. The initial basis for the tramline was set by the NMVB, the previous public transport provider which was state-owned. It was then further developed until all cities were connected.

The "kusstram" is a 68-kilometre long tram connection that runs from De Panne near the French border to Knokke near the Dutch border every 10 minutes during peak summer months. It has 70 stops and is the longest unidirectional tram in the world as well as one of the few interurban tramways to remain in operation.

The Kusttram was developed by the NMVB, the former Belgian public transport provider, which was in charge of connecting regions by tram that would not be connected by train. It was a state-owned organisation that was dissolved in 1991.

De Lijn, the Belgian public transport provider, now operates the kusttram. It is an autonomous government company in which the Flemish local municipalities hold the three quarters of the shares.

No evaluation of the effect on emissions can be found, but figures are available for the use of the kusttram. In July 2011, 1,839,724 passengers were transported by the tram. 70% of users in the summer are tourists. On a good summer day, up to 70,000 people take the tram. An average of 59,345 passengers was calculated in 2011.

The kusttram is said to have had the following impacts: