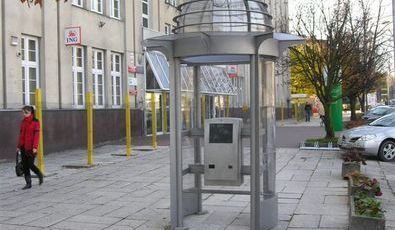 In 2008 the city of Cz?stochowa in southern Poland started the City Tourist Information System (MSIT) with co-funding from the European Union. The system made orientation in the city easier for tourists, pilgrims and residents.

Czestochowa is one of three of the most internationally renowned places in Poland, due to the famous Pauline monastery of Jasna Góra, which is the home of the Black Madonna painting. Every year the city is visited by about 4 million guests from home and abroad, most of whom are pilgrims. The implementation of a uniform system, facilitating city trips and access to urban facilities, was therefore a necessity.

Detailed cultural and tourist information had to be a feature of the system in order to improve guided tours through the most important sightseeing points and boost tourism. The authors of the project also sought to promote the image of Cz?stochowa as a modern city so as to attract young people.

The visual information system includes plates with information about important objects and information boards containing a schematic map of the city. The boards invite people to visit certain sights and are located along the major city routes and at specific tourist attractions. The plates are an important feature for pedestrians in particular. On 47 posts near the busiest junctions of Cz?stochowa, plates point the way to important places and objects. They have different colours according to the destination, and specify the distance to it. The marking system is compatible with other such systems in the European Union.

46 panels were also installed at bus stops. These feature the bus schedules, line numbers, a map of the sector associated with the location of the stop, and a map of the public transport scheme in Czestochowa with a "you are here" point marked.

The IT system includes 50 information devices called “infomat”; a record number among cities in Poland, if not in Europe. These multimedia Internet access points are located along the main routes and places most visited by tourists and residents. They featue "Check where you are" information on the home page and an interactive map with aerial photographs for easy identification of the desired location.

Tourists and pilgrims in particular appreciate “infomat” for its useful and comprehensive online service. This was co-created by tourism and catering companies in Cz?stochowa, who independently publish and update information about their goods and services.

The final value of the project amounts to about €1.5 million. €1.07 million of this came from the European Union, representing 75% of the project costs.

Every year, the system is used by several hundreds of thousands of people. Unfortunately, many of them are still not able to take advantage of the potential of "informat". Therefore, the city government continues to promote the system in the press and through posters and leaflets placed in hotels, travel agencies, railway stations and public transportation.

The successful implementation of the MSIT project does require continuous maintenance, advertising and updating of databases.