Carpooling as part of an integrated transport system in Toulouse (France) 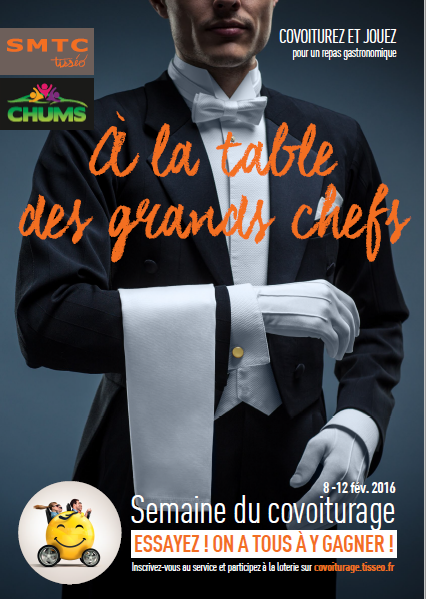 As one of France’s most attractive cities, Toulouse has seen an increase of 200 000 inhabitants over the last 10 years, taking the populous to 1.2 million. With this in mind, there are expected to be 500 000 additional daily journeys in the next 10 years. In response to this growing demand for travel, SMTC-Tisseo transport authority has undertaken a ‘Mobilities 2025-2030 project’ with three major goals:

In April 2010, the mayor of Toulouse formally launched carpooling as an official transport mode of SMTC-Tisseo, the public transport authority. This was the result of a co-ordinated set of measures to set up the SMTC-Tisseo carpooling website while raising awareness of carpooling between two large business parks and their component companies and staff to get a critical mass of users.

For mobility advice to companies and administrations, SMTC-Tisseo is now able to link carpooling with metro, bus and tram to improve accessibility of its major working hubs and to maintain and grow carpooling registered users in other parts of the city. This has been possible through the work of the CHUMS project and the unique three-step CHUMS approach.

The CHUMS project has developed and is delivering a unique methodology (‘the CHUMS approach’) to unlock maximum carpooling demand and establish critical mass of users. It does so in workplaces by delivering three sequential activities, each one reinforcing staff awareness, participation and modal shift to carpooling. CHUMS approach:

Two business areas were selected for implementing the CHUMS project measures in Toulouse. PDIE TOP comprises of 17 businesses on site, a majority of which are SMEs with more than 500 employees, totaling around 12 000 employees (5 500 public and 6 500 private). PDIE Héliopole: Nine organisations containing anything from less than 200 employees to more than 500 employees, and one organisation of less than 50 employees. In total, there are 2 100 employees (300 public and 1 800 private) on site. PDIE (Workplace Mobility Plan at a Business Area) Top and Héliopole were selected as they were particularly dynamic and involved in the promotion of carpooling. They were also awarded the ecomobility prize ‘Trophées Ecomobilité SMTC-Tisseo’ in 2012 and 2013.

The three CHUMS measures were implemented in the targeted organisations in two phases, in 2015 and 2016.

In the first phase, the Mobility

Week took place from the 30 March to the 3 April 2015. The carpool week was an intense period of communication to promote carpooling, targeting employees commuting trips from Top and Heliopole business areas. The Carpool Week communication campaign was centred on the ‘Drive Collective’ slogan. For Phase 2, a new period of the year was chosen, from 8-12 February. The target

widened to cover every company that registered to the carpooling service: 60 eligible organisations, of which 14 companies and administrations participated, representing 11 224 employees.

For these actions a personalised communication kit (paper and digital) for each PDIE or company-administrations, comprising of different formats of posters, leaflets, guides, totems, roll-ups, internet banners, pop-ups and USB keys were produced and used in interacting with the employees. Some 17 stands and speed dating events for employees were organised with the support of mobility advisers from SMTC-Tisseo and from participating companies/administrations.

Eight Mobility Jackpot Lotteries were held in the two years on implementing CHUMS. These were targeted to the employees that registered to the carpooling service and opted to participate in the draws. Monthly communication took place, with automatic emails being sent to registered carpoolers, followed by a reminder sent to the PDIE contact points. After the draw, the winner was communicated by SMTC-Tisséo to the PDIE or participating company-administration contact point that was in charge of promoting the result. Then, SMTC-Tisséo contacted the winner and provided them with the relevant prize (iPad, Smartbox, gourmet dinner).

of the CHUMS approach consisted of delivering PTPs to employees. PTPs were delivered to employees that requested them through and online questionnaire.  SMTC-Tisséo mobility advisors met with the employees, face-to-face or on the phone, and offered information consisting of comparative costs between individual car and others transport modes in order to convince employees to try more sustainable transport modes, like carpooling.

In 2015, there were five draws with prizes consisting of iPads and SmartBoxes. In the second year, SMTC-Tisseo organised three draws and added a new type of prize, of higher value and more attractive: the lucky winners have been treated to a gourmet dinner for two in Michelin three-starred restaurants in the Toulouse metropolitan area.

In total, 75 PTPs were created in Toulouse demonstration sites.

The CHUMS approach has unlocked potential carpoolers and helped increase the number of registered users. This was realised through a convincing communication campaign, accompanied by tailor-made communication materials. One of the most important aspects was the involvement of the mobility managers of the companies targeted, supported by SMTC-Tisséo. This was key for the success of the carpool week and for motivating employees to carpool. SMTC-Tisseo Mobility advisers provided ongoing one to one engagement with business to keep momentum and interest in carpooling throughout the two years of CHUMS (a commitment charter was signed by the 2016 participants).

One the other hand, during the implementation of the CHUMS measures the mobility managers had an increased workload, with numerous tasks that added a significant pressure on them. In addition, the PTPs required significant resources, even though they were perceived as very useful by the employees that received them.

A general recommendation for replication is to get inspiration from the CHUMS results but adapt them to the local context to ensure efficiency.