Carpooling as a measure for large institutions in Zagreb. Croatia 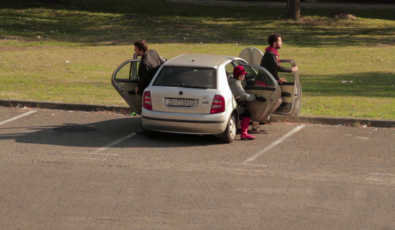 Within the CIVITAS ELAN project, Zagreb implemented carpooling to facilitate commuting in large companies and institutions.

Before CIVITAS ELAN, carpooling in Zagreb was based on personal arrangements and no action had been taken to encourage users to see it as an innovative aspect of urban transport. Since many large systems, like business parks, hospitals, PT depots and university campuses are located outside the city centre, long daily trips to and from work are necessary for most employees and users. Therefore, promoting a carpooling scheme was one of the bigger tasks of this measure.

The CIVITAS ELAN project successfully implemented a carpooling scheme in eight institutions despite the fact that no similar efforts had previously been undertaken.

An online survey on travelling to and from work was conducted in 23 companies in Savska street in April 2010 (before data) and eight target companies in October 2011 (after data).>Before data was crucial in preparing transport and carpooling plans (scheduling) for eight companies located on the demonstration corridor. An analysis of the results of the online survey for the period after the implementation of transportation and carpooling plans is underway. The analysis will enable the city to assess the impact of the actions taken.

Strategies to manage the mobility of traffic participants in the urban environment were presented on several occasions.