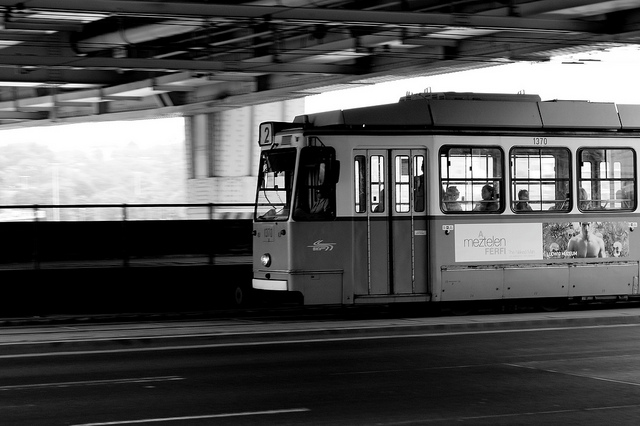 The new strategy, the Balázs Mór Plan, was developed and drafted by Budapest’s transport operator and - as set out in the SUMP concept - together with the public and other stakeholders.  The new plan creates a solid framework within which upcoming projects will be prepared and implemented. The final document of strategic objectives and measures is expected to be adopted before end of 2015.

With 1.74 million people - and 2.9 million in the larger urban area (2001) -   Budapest is one of the largest cities in the European Union. The Centre for Budapest Transport (BKK) operates the public transport in the Budapest agglomeration, which consists of four metro lines, five suburban railway lines, 33 city tram lines, 15 trolleybus lines and 264 bus lines.  In 2014 45 per cent of people used public transport; 35 per cent travelled by car; 18 per cent walked; and 2 per cent cycled.

In 2001 Budapest adopted a development plan for a city transport system, which was reviewed in 2009. In 2013 the city decided to reconsider the entire strategic planning process and develop a new transport development strategy for Budapest, the Balázs Mór Plan (BMT).

As one of the first steps of the process of drafting its new plan, the BKK performed an  analysis of mobility problems in Budapest, which allowed it to identify six key issues to be addressed:

1. A lack of infrastructure and transport vehicle maintenance and periodic renewals;

2. Inappropriate responses to a changing lifestyle and solutions to pollution;

3. Significant inadequacies in the network structure;

4. Fragmented developments without being integrated into a system;

5. Sectoral and sub-sectoral approaches and a lack of cooperation;

Then, through the experience gained in its involvement in the EU-funded CH4LLENGE project, which assists cities with four key elements of sustainable urban mobility planning (participation; cooperation; measure-identification; monitoring and evaluation), the BKK was able to develop a clear and focused plan that was followed the principles of the SUMP concept.

This included involving over 200 institutions (district, agglomeration and county local governments; professional and civic organisations; interest-based representative bodies and authorities) in professional and public discussions. The proposed changes that arose as part of this public consultation process, which started in June 2014 and which lasted a year, were approved by the city council in June 2015.

Although there are no legally defined models for SUMP institutional cooperation in Hungary, the BMT also contains a special section dedicated to regional and institutional cooperation. At the moment, the BMT contains general measures and does not yet include a common monitoring and evaluation framework. More detailed measures and a monitoring and evaluation framework will be drafted in the next phase. The final BMT document is expected to be approved before end of 2015, marking the completion of the first-half of the SUMP cycle.

The BMT does not contain concrete projects, but it does contain an integrated package of measures in four areas of intervention related to the strategic objectives:

The BMT creates a solid framework within which upcoming projects will be prepared and implemented. It signals the introduction in Hungary of an urban transport strategic plan aimed at improving quality of urban life, and satisfying the mobility needs of the population and its enterprises.

The BMT is not the end but the start of a continuous process of project preparation and implementation, and the evaluation of the implemented projects - taking into account the experiences and impacts of the investments and using this in the preparation of the subsequent projects. It is a good example which can be a very useful source of inspiration for other cities for the first phase of the SUMP process.