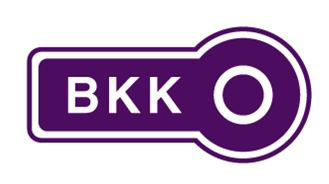 The Budapest Transport Centre was created in 2010, as a central agency in charge of managing all means of mobility in Budapest. It has proven to be a successful management body for the efficient and integrated management and development of public transport, walking, cycling, parking, road infrastructure, taxis, and the development of EU-funded large-scale mobility projects.

The Budapest Transport Centre (BKK) was designed using the example of Transport for London. The aim was to replace the fragmented management structure of urban mobility in the Hungarian capital. Until 2010 different authorities and agencies were in charge of various forms of mobility, which led to limited coordination amongst parallel activities and excess costs due to unnecessary duplication.

The organisational setup of the Budapest Transport Centre was completed in May 2012. Since that time, to put it simply, everything that concerns any form of mobility in Budapest is encompassed by this new agency. Its tasks are now clearly defined: planning, operation, investment and control of all forms of urban mobility. It implements its activities based on a 15-year contract signed with the Municipality of Budapest.
Since its kick-off in 2010 a wide range of mobility improvements have been made in the city, including more frequent public transport services, advancements in the cycling infrastructure and the launch of an integrated customer support service.>As all forms of mobility are handled under one roof, conflicts of interest can be better handled and the most optimal decisions can be made in a relatively efficient and streamlined manner.
The Budapest Transport Centre is also in charge of preparing feasibility studies and project proposals for large-scale infrastructure investments. In light of the forthcoming 2014-2020 EU budget period, BKK has already started project preparation for new investments, so that they can be submitted for funding as soon as the budget becomes available.

So far the new organisational structure has been very successful and has fulfilled initial expectations. The clear, transparent and professional management of all forms of mobility has already yielded very visible results in the city: implementation of a new integrated public transport ticketing system, the launch of new infrastructure projects (acquisition of rolling stock, renewal of tram lines etc.), publication of new development strategies, proposals for new legislation, start-up of a bike-sharing service and preparation for the launch of a congestion-fee system.