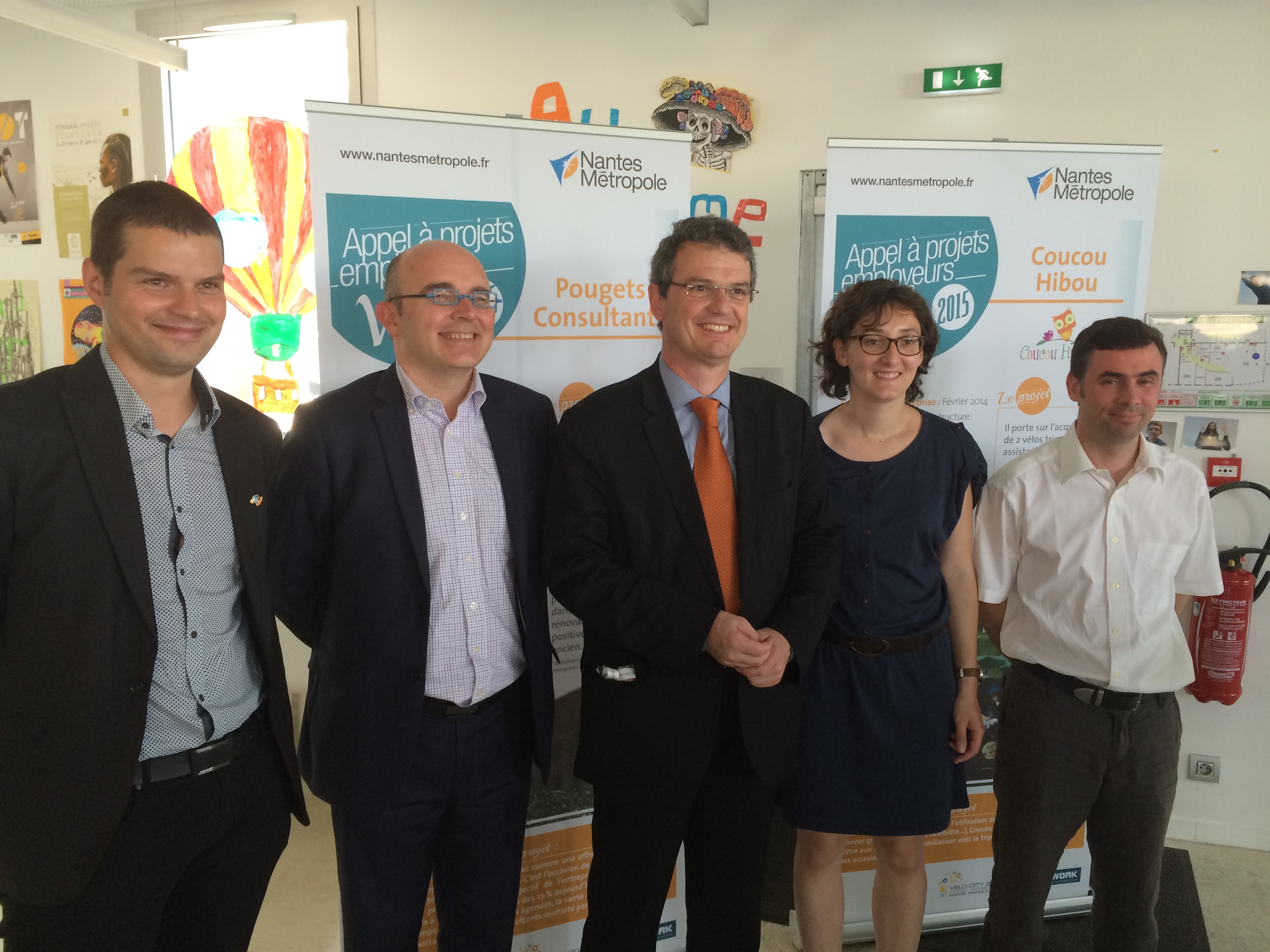 Nantes Métropole is involved in the Bike2Work project (2014-2017), whose objective is to promote commuting trips by bike by raising simultaneous awareness among employees and employers. In this context and in parallel to hosting Velocity and organising the year of cycling in 2015, the Métropole has tested a new version of call for proposals targeted at companies to support initiatives facilitating the use of bikes for for commuting trips.

By 2025 Nantes Métropole's Climate Plan aims at dividing by two greenhouse gas emissions coming from transport and housing in the Nantes area. In parallel, the Sustainable Urban Mobility Plan (SUMP) plans to achieve a 12 per cent cycling modal share by 2030. Knowing that commuting trips are those where the potential for change is the strongest, Nantes Métropole is committed in the Bike2Work project, which promotes the use of cycling to go to work.

In the context of the year of cycling and the involvement of the Métropole in Bike2Work, a call for proposals was launched to the benefit of companies, whose goal was to support the achievement of facilities to develop cycling among employees.

Conditions of the call: The bike call for proposals granted up to 40 per cent cofinancing, capped at €4 000, to support projects of employers involved in company travel plans. The beneficiaries were therefore all public and private employers with at least one institution established on the territory of Nantes Métropole and signatories of an active company travel plan with the Métropole.

An employer without travel plan could still benefit from the subsidy provided it committed to sign one before the end of the proposed project implementation. Were eligible all investiment expenditures incurred by the employer for the acquisition and installation of equipment in connection with a cycling development operation (e.g. signage, creating specific access for bikes, racks, changing rooms or showers, charging systems for VAE , etc.).

Twenty-seven projects were declared eligible on 28 applications received. Thirteen new employers committed to signing a company travel-plan thanks to the call for projects.

The selected projects have proposed the following (consolidated) investments, either inside global projects or through actions focused on one type of equipment:

The investments made by employers for these projects amounted between €1 000 and €30 000, for a grant of the Métropole of €2 770 per project on average.

In 2016 the call for proposals will be launched again with a lower budget (€40 000) but focusing on projects of quality (for instance poor-quality parking facilities won't be eligible any longer).

Projects will be evaluated against the following two criteria: quality and impact on cycling practices.