A bike station for the city of Chambéry (France) 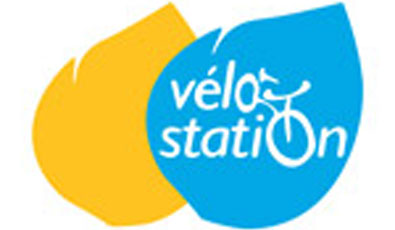 Since 2002, the city of Chambéry has introduced a bike station aimed to increase the number of cycling trips and multimodal journeys throughout the city. The bike station situated near the railway station offers cyclists two services, bike rent for short or long term, and guarded bicycle storage.

The urban mobility plan of the city of Chambéry states by 2010 car use should be diminished in favour of more sustainable transport modes. In order to increase the number of cycling trips, extra cycle lanes were constructed, missing links along existing cycle routes were eliminated, etc. Inspired by the city of Grenoble and examples abroad, a bike station was introduced in 2002 aimed to increase multimodal journeys (PT and bicycle) in the city.

The bike station situated near the railway station of the city of Chambéry (specifically aimed at PT users), offers cyclists two services:

The short term bike rental service rents out bicycles for 1 hour (1 euro), half a day (3 euros), a day (5 euros) or 5 days (10 euros). Renting a bicycle for a longer period is possible as well. Ranging from one month to one year, prices are 25 euros up to 145 euros.  The station has 60 city bikes for short term rent and 150 student bikes for long term rent. Discounts are available for PT users and students. Further, electronic bicycles, children's bikes and bike trailers can be rent and cyclists are offered free bicycle check-ups.

Next to bicycle rent, the bike station offers cyclists 7 days/7 days guarded bicycle storage. Tariffs are 1 euro up to 65 euros depending on the storage length. The station has a bike parking for 40 bicycles in front of the railway station, that is accessible from 7h to 19h on weekdays and from 9h tot 19h on Saturdays. There is also a bike parking for 100 bicycles in the station building, which is accessible from 4h20 to 0h45 - the hours of the first and last train - with an access badge. This parking contains lockers to store bicycle accessories and some of them have a plug for charging electric bikes.

Bike boxes were put into place on various relay parkings and other places in the wider region of Chambéry for people who commute to the railway station by car.

The bike station proves to be a success especially amongst students, generating over 100 000 rented cycling trips every year. The guarded bicycle storage service caused an important increase in multimodal trips (train and bicycle) throughout the city, causing CO2 emission savings of almost 64 tons a year.