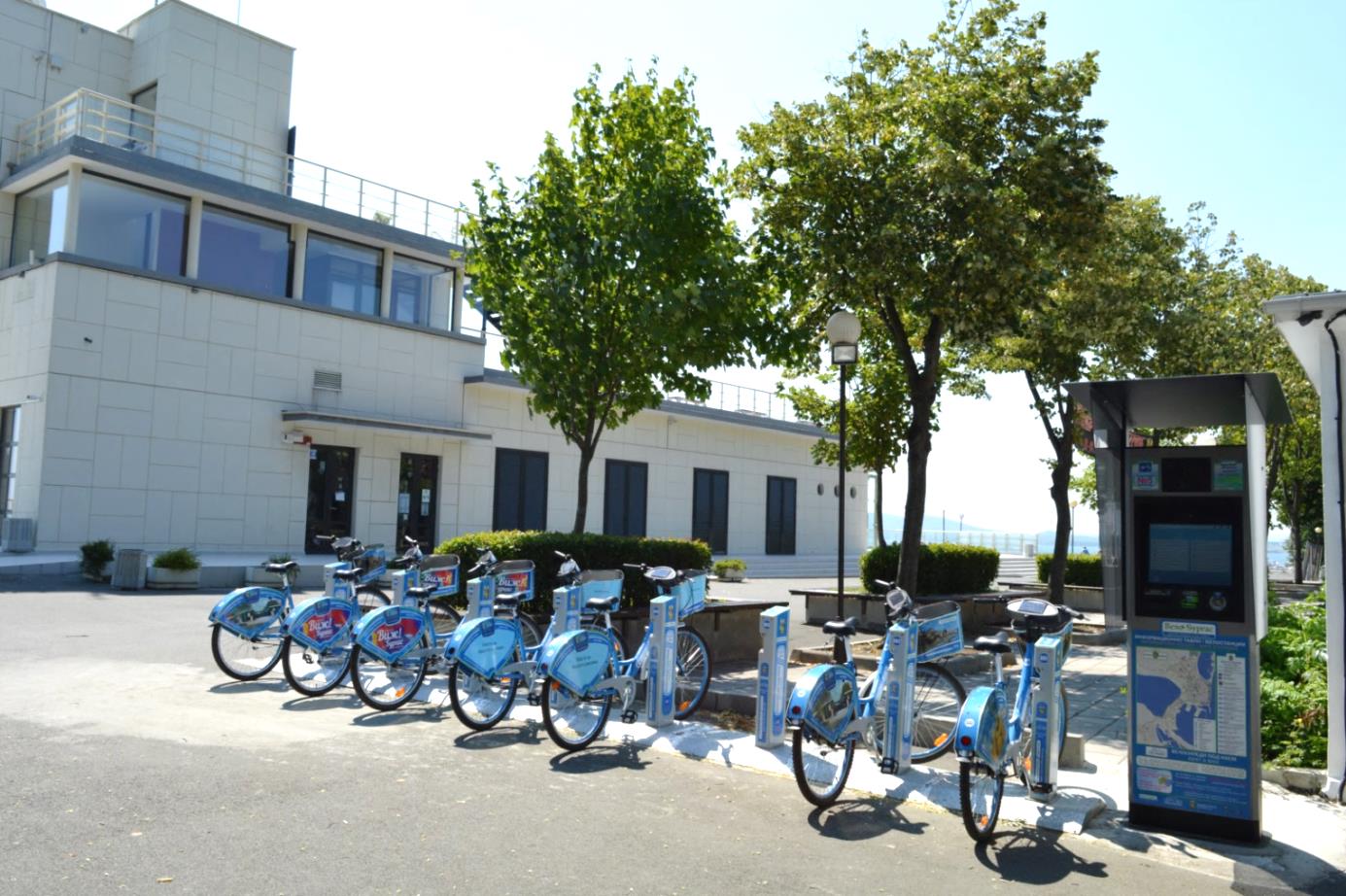 The city of Burgas started the implementation of a bike-sharing service in 2012 and was the first Bulgarian city to include the practice as part of an integrated urban mobility policy. The initial project, "Cycling City – a Model of Modern Urban Mobility", was financed by the Global Environmental Fund (GEF) and aimed to increase infrastructure for and access to non-motorised forms of transport. Since its introduction, the system has been extended and constantly improved; e-bikes are envisaged for the near future.

Burgas is situated on the Black Sea coast and has a population of just over 200,000 inhabitants. Due to its geographic location between the sea and three large lakes, the city has no ring road and transit traffic flows run close to residential areas and the city centre.

The increased use of private cars was bringing with it a rise in traffic jams, the use of public space for car-parking, and air and noise pollution. Reducing traffic and emissions and improving road safety by encouraging the use of alternative modes of transportation was therefore a high priority.

One of the ways that the municipality chose to address these issues was through a bike-sharing scheme. When it was introduced, the city had neither a culture of using bikes nor cycling infrastructure.

A two-phase implementation approach was chosen. Firstly, the bike-rental system was established and promoted; secondly, an electronic rental system was developed with the aim of integrating it into the city's transport system.

The promotional campaign lasted five months: leaflets were produced and distributed and project information added to the municipality's official website. In partnership with a local NGO - the Novo Badeshte za Dospat Association -, a bike parade was organised in June 2013 that was attended by more than 400 people.

Soon after, the electronic rental system was introduced. Users could rent bicycles with subscription cards under contract, with students, pensioners and disadvantaged people enjoying reduced prices.

An analysis conducted at the end of the project's first year showed that the use of the bikes by residents for their daily commutes was low. The highest number of rentals was registered in the summer, with most users being tourists. Therefore, the decision was made to close the system temporarily for 4 months over its first winter season. Winter closures still occur at individual stations depending on rental rates.

In June 2015, new terminals, additional rental points, and new bicycles were added. These can be rented using subscription cards, credit/debit cards, and via SMS at nine stations. These house a total of 120 bicycles. The availability of bikes at individual stations can be seen at the dedicated municipal website.

Surveys are also conducted with the local population on a regular basis to evaluate the demand for new stations.

The key achievements of the scheme are:

A popular feature of the scheme turned to be the bikes equipped with child-seats and trailers.  These were in such high demand during the project's initial phase that they had to be reserved weeks, and even months, ahead. People often used these for leisure trips with their children to the park, which served to boost interest in and familiarise the local population with the system.

An operation and management department was established within the municipality for the scheme. During the initial project phase, people from a disadvantaged background were hired to work at the rental stations and redistribute the bicycles. However, this practice was eventually replaced by the electronic rental system and the number of staff has since been reduced.

The biggest challenge continues to be cycling's low modal share. In 2016, it was measured at 2 per cent, an increase of only 1 per cent compared to when the project started. This demonstrates how the creation of cycling infrastructure is necessary for mobility behavior change, but cannot bring it about on its own. Long-term campaigns (including Bike2Work) are planned in the future to foster a local cycling culture.