Bicycle Campaign towards the Public 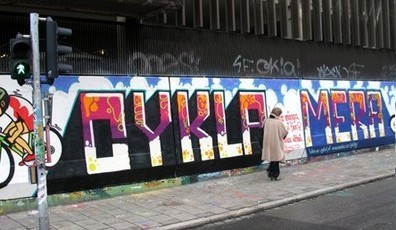 The length of almost half the journeys made by car by the inhabitants of Malmö is less than five kilometres. This suggests a strong potential for a modal shift from the car to the bicycle. That is why the city of Malmö launched a campaign to increase the number of cyclists in the city.

Similar to the general patterns of cities in Europe, the car has a strong position in Malmö. A travel survey has shown that 52 % of the total journeys made by the inhabitants are made by car. Furthermore, 48 % of the car journeys are less than five kilometres. This suggests a large potential for a modal shift from the personal car to the bicycle. Therefore, in April 2004 the mobility management workgroup within the Streets and Parks Department of the City of Malmö conducted a communication campaign directed towards the residents of the city.

The overall strategy was to communicate bicycling as a lifestyle issue. The aim was to raise awareness in relation to the advantages and opportunities of the bicycle in a city like Malmö. The message of the campaign was “We are many, but how do we become many more…who use the bicycle, that is”. The>campaign featured among other things large posters on advertising boards at bus stops, advertising in Metro, a morning paper, a campaign site at the official website of the City of Malmö (www.malmo.se), a large-scale graffiti painting at a parking garage in the city centre, and flyers at car windscreens in one of the largest parking garages. Furthermore, journalists from leading papers in the region were contacted. A competition was also incorporated in the campaign, with the aim of creating interactivity with the public. In short, by submitting a proposal at the campaign website, outlining how to get more people to use the bicycle, you could win a new bicycle.

In total 129 proposals were submitted. The website of the campaign got over 800 hits during the four-week campaign period. Judging from the questionnaire that was sent out to those submitting a proposal it seems as if most people got in contact with the campaign through the official website of the City of Malmö, while the large posters also had drawn a lot of attention. During the campaign, two large newspapers published articles about the campaign.