Ban on high-emission vehicles in South Tyrol during winter months 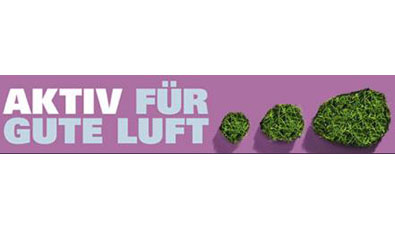 To counteract the high particulate matter concentration in the winter period the regional environmental agency and 16 municipalities introduce a program for air quality lasting over several years. This program contains a ban on high-emission vehicles during winter period among other measures.

Because of the surrounding mountains, the emissions from traffic and domestic fuel and the minor air exchange in winter, the particulate matter concentration exceeds the limits during the winter seasons from time to time.
To counteract this situation the regional environmental agency (Landesagentur für Umwelt) and 16 municipalities introduce a program for air quality lasting over several years so-called „Mehrjahresprogramm für die Luftqualität“. This program contains a ban on high-emission vehicles during winter period among other measures.

The therein-contained bans on high-emission vehicles get put into action between November and March. The measures are divided in preventive measures and extended measures (action plan).
The preventive measures bans certain high-emission vehicles in rush-hour time during winter months. If the particulate matter stays continuing (5 days) above a critical value the action plan and therewith extended traffic restrictions come into force.
With a SMS information service you can find out for free if the extended measures are in effect.

The ban on driving regards the high-emission vehicles. The aim of the measures is whose exchange or their backfitting with particle filters.

All 16 municipalities defined environmental zones. Within these zones the restrictive measures are in force. Besides the environmental zones pedestrian zones with tightened conditions could get defined in larger cities.>Between the several municipalities further zones, so-called middle-zones, will be defined from the beginning of the winter 2009/2010 in wich preventive measures will come into force, too.
Please find attached detailed information and the intended further steps.

In November 2007 vehicle owner in South Tyrol got several emission-value-tags for their cars. Therewith the enforcement of the regulations is easier. Cars with Euro 0 and Euro I standard and motorbikes got no tags.

To offer a further incentive, owners of vehicles with particle filters can take advance of tax reductions.

An important influence on the acceptance of the measures was the fact that all regional agencies, the municipalities and even the marketing associations came to an agreement. That was an unambiguous signal to the inhabitants. And with the evidence of coherence between particulate matter concentration and traffic volume (cooperation with media) the lion’s share of the inhabitants agrees with the ban on driving.

When the action plan came into force in the past, traffic volume reductions up to 50% and PM10 reductions up to 30% could get noticed.
In the last two pasted years the PM10 concentrations were obvious lower than the year before. In 2007 no measuring station in South-Tyrol overreached the permitted 30 critical values of 50 µg/m3. The influence of the weather is of course the main reason, but in comparison to each other, the PM 10 decline is sharper then the decline of PM 2.5. The cause in this case is certainly a fact of less old cars.