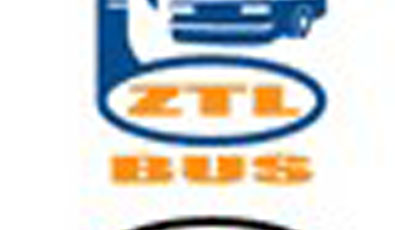 To encourage the use of cleaner coaches in Venice through the design and implementation of differentiated access tariffs in order to promote the use of coaches with class Euro IV standard exhaust emissions.

Research and technical development
Study aimed at identifying the new rates for the access pass for tour coaches in Venice, and the definition of the economic benefits for Euro IV coaches.

Demonstration
Activation at the ZTL bus check-in points of a new control procedure of the tour coaches motors and the certification of the economic benefits for the vehicles in the Euro IV class.

Innovation
In order to give value and effectiveness to the environmental benefits coming from a higher percentage of Euro IV vehicles, it is necessary to carry out a targeted and effective information campaign.

Evaluation
Evaluation of this measure is possible thanks to the data gathered by the personnel while giving out the pass.

Definition of the new tariffs
In 2006 the study identifying the new LTZ coach tariffs was completed. To support the approval of the LTZ tariff system VESTA planned a new information campaign aimed at all citizens in order to raise awareness on the environmental issues.The working group (Gruppo di lavoro ZTL-GAT) for the coordination and improvement of the tourist pass systems in Venice was set up. The local stakeholders database was set up. The new tariff system thus incorporates all of the previous factors (destination, vehicle size, school trips, etc) and also the energy efficiency of the coaches in terms of emissions.

Rendering the new tariffs operational and activating the communication plan
After negotiation, the City of Venice officially approved the new tariff system with political act Delibera n. 549 on the 21st December 2006. The tariff system was challenged in the early part of 2007, but only for the differentiation of the tariff in relation to different destinations. After further negotiation, on the 9th of February 2007 the City of Venice slightly modified the tariff approved in December 2006, naturally keeping the economic benefits for Euro IV coaches. In December 2006 the City of Venice decided to transfer the competence for LTZ Bus management from VESTA S.p.A. to ASM S.p.A. starting from February 2007 (Delibera n. 185, 20th Dec 2006). The main reason for this transfer is that the City identified ASM S.p.A., the public company that deals with the mobility services in Venice, as the most appropriate body to manage the LTZ bus check-in points, whereas VESTA S.p.A. is the public company which deals especially with environmental services. As a consequence, VESTA’s remaining activities and budget in this MOBILIS measure were transferred to ASM S.p.A. (3rd amendment).
In February 2007, ASM S.p.A. hired the personnel and collaborated with VESTA S.p.A. in order to carry out a transfer of competences. Since March 2007, the coach LTZ is totally managed by ASM S.p.A.

Information campaign
VESTA produced a new data base of some Italian schools. The communication campaign “Schools meet in Venice” was carried out in Venice to raise the awareness of young people to environmental issues and sustainable mobility.
After the transfer of the measure, ASM identified the suppliers of the information campaign in November 2007 and this campaign was concluded in April 2008:
1. A Leaflet was produced in five languages (Italian, English, French, Spanish, German): the leaflet shows the economic and environmental benefits of the use of less polluting buses (EURO IV or higher category). Moreover, it provides information regarding the pass, the area involved, the tariffs applied, the exemptions, etc…). 60.000 copies were produced. The leaflets were distributed by the ASM personnel to the drivers that arrive in the check points. N. 12.000 copies were enclosed to the newspaper “Agenzia di Viaggi” on the 17th of March 2008. The newspaper “Agenzia di Viaggi” is the most important in this sector and is sent to 9.000 travel agencies and to 3.000 tourist organizations, hotels and rent a car rentals, etc… N. 1.000 copies were distributed during the BIT (Borsa Internazionale del Turismo) which was held on the 21-22-23-24 of February 2008 in Milan. The BIT is the most important event in the tourist sector in Italy: all main national and international tourist operators have participated in this event.
2. On “TTG Italia”, a twice-weekly tourist information newspaper for the operators, some advertising spaces have been purchased in order to publicise the tariff scheme. “TTG Italia” has a national circulation and is sent to 11.000 companies in the tourist sector through subscriptions. The subscribers are travel agencies (55%), tour operators (9%), transport and aerial companies (4%) and other operators in this sector. These spaces covered ¼ of the page on the 3rd, 6th and 13th March 2008. “TTG Italia” has inserted and article in its web site.
3. Press releases were produced, for the Italian and foreign press in this sector. Articles were published in four web sites.
4. Using the data bank created by VESTA in the first phase of the Project, a dispatch was sent via mail to 3.991 Italian elementary, medium and high schools. The dispatch shows the economic advantages and, above all, the environmental advantages of less polluting buses. In the newsletter, ASM used the same graphic style used for the leaflet and for the advertising spaces.

Complete training of check-in personnel
In January 2007 VESTA S.p.A. completed the first phase of training on the new system for the personnel working in the LTZ bus check-in points in relation to the new European legislation regarding the EURO 4 tariffs. An effective training programme was prepared for the operators that issue the LTZ Bus Pass; in order to test this project, the EURO 4 buses flow in Venice was analysed.
In November 2007, the training activities were completed by ASM: VESTA had trained 50% of the personnel, ASM trained the remaining 50% of the personnel involved in the management of the system.

Evaluation of the scheme’s impact
The evaluation activities were concluded.

An increase in the proportion of coaches with class EURO IV exhaust emission standards accessing Venice. At present, 0,5% meets the standard EURO IV. The introduction of the new tariffs will probably provide incentives for the substitution of the old and high-polluting coaches with EURO IV coaches with lower environmental impact. This process will be continuous and gradual.