If anyone still had any doubts, the United Nations’ Intergovernmental Panel on Climate Change (IPCC) concluded in its Fifth Assessment Report last month that scientists are 95 percent certain that humans are the ‘dominant cause’ of global warming. The report, which gathered the views of 800 scientists from 195 countries, warns that the planet is set for a temperature rise of more than two degrees Celsius compared to pre-industrial levels over the next few decades. Moreover, it projects that warming will continue under all scenarios. Containing climate change will require ‘substantial and sustained reductions of greenhouse gas emissions’.

Climate Action Commissioner Connie Hedegaard sees the latest IPCC report as a stark wake-up call. She said, “If your doctor was 95 percent sure you had a serious disease, you would immediately start looking for the cure. Why should we take bigger risks when it's the health of our planet at stake?” 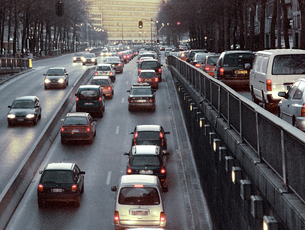 Netherlands) has introduced a solar-powered electric vehicle for freight distribution in the city centre. The so-called Cargohopper replaces 100,000 fossil fuel-powered van kilometers a year, which is the equivalent of 30 tonnes of CO₂.

Prague (Czech Republic) has introduced an environmental zone that bans vehicles of more than 3.5 tonnes from the city centre. Vehicles of more than 6 tonnes are also not allowed in the surrounding areas. These access restrictions have led to a decrease of 1,650 tonnes in CO₂ emissions a year. In London (UK) initiatives such as public bikes and commuter cycling ‘superhighways’ have increased cycling on major roads by 173 per cent since 2011. The city has also just introduced a New Bus for London. The diesel-electric hybrid emits less than half the CO₂ of a current London diesel bus.

The per capita emissions of residents in Nantes (France) are almost 50 percent lower than the EU average. Although Nantes is the sixth biggest city in France by population, it is third when it comes to the number of its inhabitants using public transport, after Paris and Lyon. Part of the reason is that Nantes was the first French city to re-introduce trams in the 1980s and now boasts the longest tram network in France.

Transforming urban mobility requires a joint effort
However, while initiatives like these are certainly worthwhile, single measures and scattered efforts are not enough to achieve the required transformation to low-carbon mobility. In 2011, the European Commission published a White Paper on Transport titled ‘Transport 2050 - Roadmap to a Single European Transport Area’***. It proposes steps that will contribute to a 60 percent cut in Europe’s transport emissions by 2050.

The EC aims to free cities of conventionally fuelled cars by 2050 and achieve CO₂-free movement of goods in major urban centres by 2030. Major goals such as these cannot be reached by stand-alone measures. They require careful long-term planning that is embedded into broader urban planning with a vision for a sustainable future.

An integrated planning approach addresses all modes and forms of mobility in cities and their surrounding areas. Rather than imposing a vision and certain measures onto a city, people should be actively involved in all stages of the planning process. Such a Sustainable Urban Mobility Plan (SUMP) should define a set of interrelated measures to systematically bring you closer to the vision for your city. You will be hearing more from us on SUMPs in the coming months but if you would like to learn more in the meantime, visitwww.mobilityplans.eu.