Welcome to the final Eltis newsletter of 2019.

December’s newsletter also introduces an online version of the 2nd edition SUMP Guidelines – now available through  the Eltis portal as an online booklet.

There are also video clips which showcase projects and achievements in the cities of Dublin and Rivas Vaciamadrid and two case studies which focus on the Hungarian city of Szeged and Klaipeda in Lithuania. 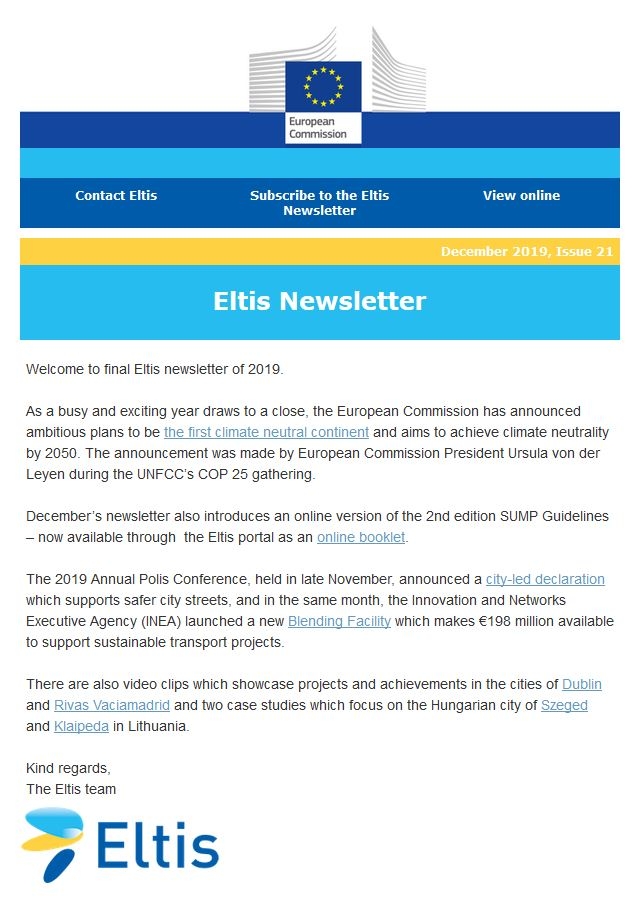